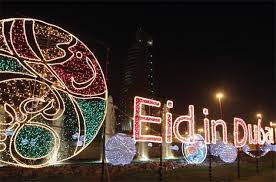 Eid Al Adha holidays in UAE for the public sector will be from September 11 to September 17, and offices will resume from September 18, His Highness Shaikh Mohammed bin Rashid Al Maktoum, Vice-President and Prime Minister of UAE and Ruler of Dubai announced on Twitter today.

Last week, the UAE government announced that the festival of Eid will be observed on September 12 after the Zul Hijjah crescent was not sighted in Saudi Arabia.

Private sector would have three holidays from September 11-13 on the occasion of Haj and Eid Al Adha, an announcement said.

The Ministry of Human Resources and Emiratisation has declared Sunday, September 11th, 2016 a public holiday to observe Haj or Arafa and Eid -Al -Adha, private sector employees will have a three-day holidays till Tuesday, September 13th…. see more

One Response to “Eid Al Adha holidays in UAE announced”