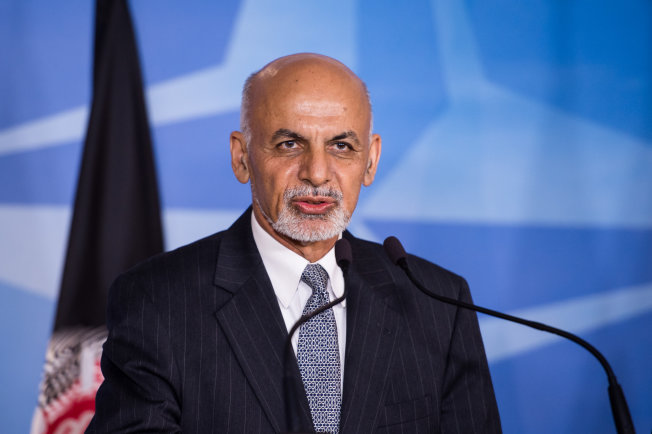 President Ashraf Ghani in London said that reliance on international aid to be slashed. He vowed to expedite efforts to combat administrative corruption.
Give a man a fish and he will eat for a day. Teach him how to fish and he will eat for a lifetime—is a Chinese proverb that leaps to mind whenever there is a talk on Afghanistan’s self reliance. However, at the same time, it is surprisingly misleading when there is just a bluff and no plan in sight. To speak of self-reliance is greater but to be at it is that much harder particularly in country like ours which has been fighting militancy hard, which has stunted its national development for longer; though despite having worth trillion dollars natural resources (untapped). Ghani’s words shows that Afghanistan under him looks in a mood to fish instead of taking it. It’s high time for change in policies and dumping the habit which has made us looking always to foreign hands to come and put our house in order and also support us financially. For how long this trend will go on? If the international community suspends its aid what will happen? How many of our policymakers and strategists have given a serious though to this matter? Suppose, if it really happens, how much catastrophic it will be? Could Afghanistan design any strategy in haste then to save its precipitous fall? Though, the international community is not going this time around to throw away Afghanistan, but Kabul should devise such a strategy which eventually will lead to its little reliance on foreign hands. Individually every Afghan boasts of Afghanism, however it looks emptier and misguided until we are dependent on foreign aid and donations. It also looks hollow until we start producing things we consume as customers. Our real independence and freedom is very much in our economic independence and increasing our national production capacity. Self-reliance in Afghanistan is much difficult to achieve, but it’s nowhere near to impossibility, given that there is national integration, honest leadership, end to militancy, and equitable distribution of national wealth. The case study of China’s development is a source of confidence as for instance People’s Republic of China was established in 1949 and since then it approached difference mechanism for its national development. Its approaches altered greatly but its’ will didn’t wane. Following the split between China and the then Soviet Union in 1960, Mao Zedong vowed that China will achieve its self-reliance by developing economic self-sufficiency at the national level and as well as sub-national level. Unlike Afghanistan, the need for national economic self-sufficiency was perhaps forced on China as many developed nations were hostile towards Beijing. Unlike China, Afghanistan has no hostility from foreign forces as the international community has shown it’s ever readiness to support Kabul, but our government will have to lay out designs for economic and agriculture reforms. Establishing small scale and biggest factories could also help in this regard as it will help consumers to cut their reliance on exotic products. Our very much self-reliance lies in believing that we could do, but to be at this end, first we will have to learn believing in our own strengths and improving our weaknesses. Until, we are in search of short-term solution (running after foreign aid), we will ever remain dependent.