Economic challenges for Pakistan going into 2013 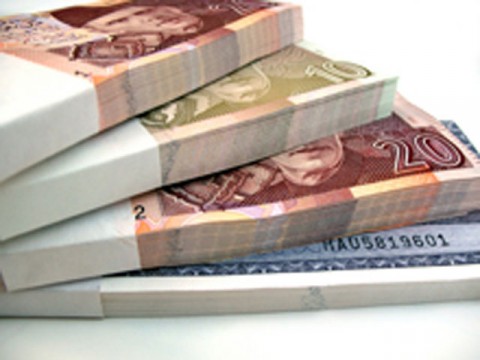 Despite all the gloomy news and events that has started to define Pakistan, our national resilience remains intact. However, the question that is one every one’s mind is for how long?

Let’s start with the positives (yes there are always some!) of Present Day Pakistan;

• Foreign Remittances continue to rise (the PRI scheme launched under my stewardship has borne fruit with remittances expected to cross the $l2b annual mark this year);

• We have finally started to debate/define our role in the devastating ‘War on Terror” and the end game of Afghan conflict has started to be played out.

• Democracy is still holding on!

However, we are far from the country we all aspire. The negative list (so to speak) is long, makes a somber reading, but largely includes:

• Lack of governance and transparency (lack of meritocracy).

While the ultimate wish list is long, in essence, for any country, the basic objective of the government is to provide its citizens economic and social well-being in a secure, transparent and equitable environment.

Unfortunately, over the last 65 years our successive governments have failed to consistently fulfill these objectives, resulting in our country missing the economic prosperity which many other countries have been able to achieve. Whereas, much can be said about the failure of the state to provide security, transparency and an equitable environment for the private enterprise to flourish; the economic and social sector performance of Pakistan has also been severely impacted by the following:

1) Inability of the successive governments to balance their budgets by increasing tax to GDP ratio, reducing non-development expenses and losses of the Public sector enterprises.

2) Negligible expenditures on education and health sectors to develop our most important asset i.e. human resource.

3) Creating a competitive environment of high economic growth by focusing on the productive sectors of our economy such as agriculture and manufacturing, and

4) Focusing on infrastructure and energy sectors to facilitate the economic growth.

Whereas, we have seen efforts in the past to address these weaknesses they have been at best weak and far between.

The present economic scenario is again infected by the same weaknesses i.e. large fiscal deficits, low expenditure on education and health, chronic electricity and energy shortages, lack of focus on the productive sectors resulting in high inflation, high unemployment and low economic growth. We all want a Pakistan which is economically prosperous, institutionally resilient and strategically oriented. In essence, we want to make Pakistan an economic welfare state. In my view, a key pre-requisite for an Economic Welfare State is to ensure that a country experiences equitable and sustainable growth for a prolonged period of time. Look at the examples of India and China where uninterrupted economic growth has changes the whole value proposition of these countries.

As we move into 2013, we will have to kick start our economic growth towards 6pc in 2013 and moving towards 8-10pc in the next five years. This has to be achieved during a time of political uncertainty with National Elections due in the first half of 2013; moreover, we have to ensure that the economic growth is equitable and sustainable over a long period of time.

In my view, the starting point for sustained economic growth lies in achieving long term macro-economic stability through fiscal prudence and eliminating the bleeding of our public sector enterprises.

To reduce our fiscal deficit we will have to increase our taxes. As I have said it many a times, all incomes will have to pay taxes and there cannot be any sacred cows. Agriculturists will have to pay their taxes and so should the retailers, real-estate developers stock-market and all professionals. Our tax to GDP is woefully inadequate at 9pc, where Sri Lanka is 17pc, India 19pc, China 21pc and Turkey 33pc. Before I left the government, there was a tax plan in place, which needs to be implemented. It will require a strong political will.

Moving towards balancing our books, we cannot afford to lose Rs500b every year through our public sector enterprises. I had proposed and a plan which was approved by the government to install independent boards and competent managements in these PSE’s. We should use a holding company with strong private sector participation to manage these PSE’s. Once they are stabilized, they should be passed over to the Private sector through strategic sales. Why should we keep losing 2pc of our GDP annually through these losses?

The second most important challenge the country is facing is the shortage of electricity and energy. Everyone is affected and life and economic activity has come to a grinding halt. Lack of planning and execution of important projects have brought us to the present state of affairs.

To start with we should merge the Ministry of Petroleum and Ministry of Power and make it into an Integrated Energy Board. A 15 year plan prepared while I was the Chairman of Economic Advisory Council in 2008/9 is in place with the relevant authority for execution.

In terms of power shortages, our major issue is that over the years we have been moving away from our optimum energy mix of Hydel, Coal, Wind and Solar. We have through PP’s and RPP’s shifted our reliance on furnace oil and to a lesser extent on gas, both of these are imported and their prices have escalated over the years. Hence, to try to balance the books, the Government has had to increase electricity prices. This has not only increased the expenses of the honest citizen but, in an inefficient and corrupt environment, has increased the line losses as well as receivables from both the public and private sectors.

Going into 2013, we need to tackle this issue aggressively. In the short-term by using the federal government adjuster we should collect as far as possible the receivables from the government departments and provinces as well as use private sector collectors to recover dues from the private sector. I estimate we could safely collect between Rs 150-175 b within 12 months. This amount should be used to ensure that there are no shortage of funds to finance as much electricity as the capacity allows. In the meantime, we should repair the existing GENCO’s, import LNG, use energy savers and use spare textile/sugar captive power capacity to ensure we get between three to four years in which time we must put on more hydel, coal, wind and solar capacity. It is not going to be easy, but, we must shift the mix towards our indigenous resources to increase capacity at affordable prices.

The third priority for 2013 and beyond has to be to spend more money on education and health care. No nation has progressed in recent times without an educated and healthy population. Fortunately we have a population of 180+ million which is young and intelligent. The provinces that now have more funds, thanks to the NFC award should be pushed to spend less on administration and more on education and health. They need to supplement their resources though additional provincial revenues such as taxes on agriculture, real estate capital gains, property and professional services.

The fourth priority has to be to push the productive sectors of our economy namely, Agriculture and Manufacturing and make them globally competitive. These two sectors create most of the employment for us and if we want to achieve growth rates of 8-10pc, we will have to make them world class. Each one of them needs better planning and better execution through the private sector. This includes investment in technology, capacity building, global alliances and joint ventures.

All of the above cannot become a reality in this security environment where kidnappings, killings and general lawlessness has become a way of life. I understand that due to the war on terror in the neighborhood, we will have a certain spillover, but, the day to day deterioration in our security environment is a total failure of our security apparatus. This must change and lives and properties of the citizens have to be protected if we have to become an enlightened economic and social welfare state. A key initiative in this regard is to revamp the recruitment and compensation methodology for law enforcement agencies (in fact for all public sector officials the Pay for Performance metrics must be introduced) along with a major de-weaponisation campaign.

Today, we need this growth for several reasons, the most urgent being creating jobs for the “Youth Tsunami” that Pakistan has started to experience. It may not come as a surprise for my audience that, at present, an estimated 103 million Pakistanis, or 63pc of the population, fall under the age of 25 years (compare this with UK’s total population of 60 million, France’s 80 million and Canada’s 34 million).

This youth bulge, sadly, largely un-skilled and partially literate, can either become the best growth engine for our country and make Pakistan an economic powerhouse, while in tandem help to fuel sustainable economic growth. Or it can fuel social disruption and upheaval we have started to experience. Heightened street crimes, increased fundamentalism, increased violence and fight over limited resources is too common a sight on our electronic media. This second future, it goes without saying, would be devastating for Pakistan and deeply problematic for the global community.

It is these circumstances that make competent, courageous and clean political leadership essential for sustained economic and social reform.

I realize this sounds like a wish-list but while in office, I had become convinced that with political will and sincere decision makers this holistic plan can put the country on a track where its inherent advantages (people and resources) will take care of the rest.

The writer is former Finance Minister of Pakistan.