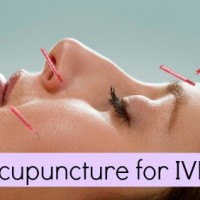 NEW YORK (Reuters Health) – Acupuncture may help some women conceive through in-vitro fertilization (IVF), a new analysis of past research concludes. But the true benefit in the real world, if any, remains unclear.The technique has been used for millennia in traditional Chinese medicine, for a whole range of ills.Ten years ago, a study in Germany was the first clinical trial to report that acupuncture seemed to improve pregnancy rates in women undergoing IVF.

But since then research has turned up mixed results.”I counsel women that the literature is not convincing yet that (acupuncture) helps you get pregnant,” said Dr. Frederick Licciardi, who heads the New York University Fertility Center’s mind/body program.At the center, women can opt for acupuncture sessions, yoga and other “mind/body” services, but that’s aimed at easing stress and promoting general “wellness” — not at boosting IVF success, said Licciardi.Clinical trials on the issue so far have been small, and often of questionable quality.So for the new study, reported in the journal Fertility and Sterility, Chinese researchers conducted what’s called a meta-analysis — where researchers combine the results of past studies to try to get an idea of the overall picture.

Dr. Cui Hong Zheng and colleagues at Tongji Medical College pooled the results of 24 small clinical trials testing the effects of acupuncture in women undergoing IVF.The trials varied widely: Many tested needle acupuncture, some electro-acupuncture and some included laser acupuncture in the mix.The studies also differed in what they used as a “control.”In many trials, IVF patients either received acupuncture or nothing. In others, researchers used a form of “placebo” acupuncture such as applying blunt needles to the skin surface. Some researchers used real needles, but stimulated points not related to fertility, according to traditional medicine.

Zheng’s team found that overall, women who had acupuncture had a slightly higher pregnancy rate than women who did not have the therapy — but no higher birth rate.The results looked a little different, though, when the researchers excluded five studies that used blunt needles as a control.When those trials were dropped, women in the remaining studies who received acupuncture fared a little better: 41 percent became pregnant, versus 37 percent of those who did not have acupuncture.Three of those trials also looked at birth rates. Of women who received acupuncture, 35 percent had a baby, compared with 25 percent of women in the control groups.According to Zheng’s team, the findings suggest that the blunt-needle acupuncture used in some trials is not a truly “inactive” placebo, and may actually have effects similar to the real thing.And that, the researchers say, may explain why those studies failed to find benefits from real acupuncture.

But Licciardi — who stressed that he is “not anti-acupuncture” — was unconvinced.One of the big problems with the analysis, according to Licciardi, is that it combined studies that were all looking at very different things: different types of acupuncture, different controls, and different timing of the acupuncture sessions.”They’re just too heterogeneous to generalize and draw conclusions,” Licciardi said.He was also skeptical of the researchers’ choice to drop certain trials, which then essentially gave them “the results they wanted.”In the bigger context of acupuncture research, finding a good control has long been a problem.The gold standard for proving that any medical treatment works is to randomly assign patients to receive the treatment or a placebo, with neither the patients nor the researchers knowing who is getting the real thing.

If a trial is testing a drug, it is easy enough to give the control group sugar pills.But with acupuncture, it has been hard to find a widely accepted placebo version — one that has no, or at least minimal, physiological effects but is convincing enough that patients think they’re getting acupuncture.The bottom line, according to Licciardi, is that no one yet knows if acupuncture can really make a difference in IVF success. But if a woman wants to try it simply to feel better or de-stress, there would be little harm.Acupuncture is generally considered safe, with side effects like bruising at the needle site. The cost can vary widely — and may or may not be covered by insurance — but a session would typically start at around $100.

.”If acupuncture helps you feel well, if it helps you get through the IVF (process), then great,” Licciardi said.As for why acupuncture would help a woman get pregnant with IVF, no one is sure of that either.There’s some evidence that needle stimulation may improve blood flow to the uterus. And researchers are looking at whether acupuncture might make the uterine wall more receptive to the embryo.