Doctors: Grapefruit-medication interaction could be deadly 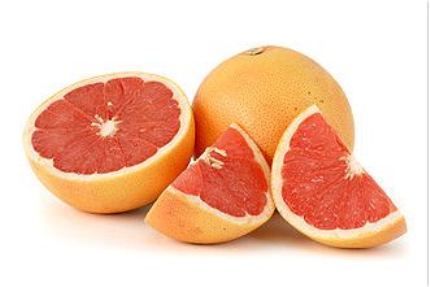 Doctors have warned that drinking grapefruit juice with certain drugs may produce serious adverse effects. Research by a Canadian team shows that the range of drugs that interact adversely with grapefruit juice is more extensive than was realized.
According to CBC, lead researcher David Bailey, a clinical pharmacologist at the Lawson Health Research Institute in London, Ontario, Canada, discovered about 20 years ago that grapefruit juice interacts with certain medications. Since the initial discovery, the number of drugs with potential to interact adversely with grapefruit has grown to more than 85, with about 44 of them capable of producing serious and even life-threatening effects, including acute kidney failure, respiratory failure, gastrointestinal bleeding, bone marrow suppression in people with weakened immune systems and sudden death.
Health Day reports Bailey, said: “The number of drugs on the market with the potential to produce serious adverse and in many cases life-threatening effects when combined with grapefruit has markedly increased over the past few years from 17 to 43 in four years.”
In an article published in Monday’s issue of the Canadian Medical Association Journal, titled, Grapefruit-medication interactions: forbidden fruit or avoidable consequences? the authors explained that the group of chemicals in grapefruit responsible for the adverse interactions are known as furanocoumarins. The chemicals are also found in the Seville oranges used in marmalades, limes, and in pomelos (but not in Valencia or navel oranges.)
The authors explained that Furanocoumarins bind to an enzyme called cytochrome P450 CYP3A4 used for metabolizing (“breaking down”) the drugs. Once the enzyme cytochrome P450 CYP3A4 is inactivated (by binding to Furanocoumarins), the drug remains in the patient’s system for longer than normal and thus produces the dangerous side effects associated with toxicity.
According to Bailey, taking only one tablet of some medications with a glass of grapefruit juice can be like taking 20 tablets. The group of drugs implicated in adverse reactions include cholesterol-lowering statins, antibiotics, calcium channel blockers used to treat high blood pressure, drugs used to fight cancer or suppress the immune system in people who have received an organ transplant.
CBC reports Bailey said: “What I’ve noticed over the last four years is really quite a disturbing trend, and that is the increase in the number of drugs that can produce not only adverse reactions but extraordinarily serious adverse drug reactions… Between 2008 and 2012, the number of drugs in the list has gone from 17 to now 44.”
Ottawa Citizen reports he said: “Half of these drugs actually can cause sudden death… acute kidney or respiratory failure, gastrointestinal bleeding, or other serious effects.”
Health Daily reports he warns that even small amount of grapefruit juice may cause serious effects.
According to CBC, the adverse interaction occurs not only when the drug and the juice are taken together. Even where the two are taken several hours apart, an adverse reaction may still occur.
The authors pointed out that people in the over 45 age-group take the most prescription drugs and buy the most grapefruit. They are, therefore, more at risk of adverse interactions. Besides, they are less able than younger people to compensate when faced with high concentrations of drugs in their system.
The Huffington Post reports that Bailey warned against a lack of knowledge about the risks. He said: “We contend that there remains a lack of knowledge about this interaction in the general health care community. Unless health care professionals are aware of the possibility that the adverse event they are seeing might have an origin in the recent addition of grapefruit to the patient’s diet, it is very unlikely that they will investigate it.”
The authors report that some of the drugs that may interact adversely with grapefruit include a number of commonly prescribed statins like atorvastatin (Lipitor), simvastatin (Zocor) and lovastatin (Mevacor, Altoprev), Ottawa Citizen reports.
The Huffington Post also notes that the authors said “the anti-clotting agent clopidogrel (Plavix), which is taken to prevent a heart attack or stroke, doesn’t work at all if grapefruit is taken with it.”
However, the authors said that the study does not imply that people should avoid, or stop taking grapefruits. According to Nutrition-and-You.com, Grapefruit is rich in antioxidants and other nutritional benefits, but patients are warned to read labels and warnings of prescription medications carefully.
The authors explained that the interactions apply to types of medication with the following characteristics:

The drugs are taken orally.
The percentage of the drugs absorbed or ‘bioavailable’ is very low to intermediate.
The drug is metabolized by an enzyme called cytochrome P450 3A4.

CBC provides a list of drugs that have been identified to interact with grapefruit: