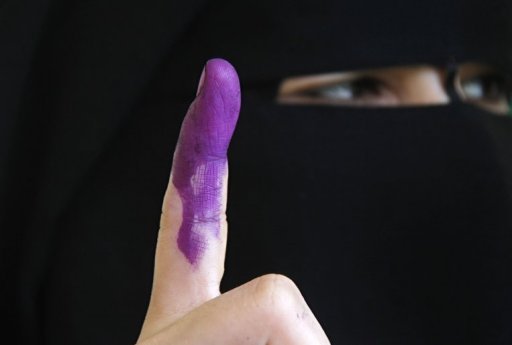 WASHINGTON: Democracy is still popular in six Muslim-majority countries, over a year after the Arab Spring, and the majority in some countries favors laws based on the Quran, according to a poll published Tuesday.

The first two Muslim-majority nations to overthrow a dictator still “desire” democracy, with some 67 per cent of Egyptians and 63 per cent of Tunisians saying “democracy is preferable,” according to the survey conducted by the Pew Research Center in recent months.

In the rest of the region, 84 per cent of Lebanese and 71 per cent of Turks say “democracy is preferable,” but Jordanians and Pakistanis are less enthusiastic, at 61 and 42 per cent respectively.

Forty-five per cent of Tunisians say the country has improved without ousted 23-year president Zine el Abidine Ben Ali, and 42 per cent disagree. Tunisians are still optimistic about the future of their country, with 75 per cent saying the nation’s flailing economy will improve.

Aside from Lebanon, which boasts a large Christian minority, a majority of poll participants across the surveyed Muslim nations feel Islam does and should play a central role in government. Points of view differ across the countries regarding the degree to which Islam should affect policy.

A majority of poll participants believe women should have the same rights as men. Lebanese led the pack with 93 per cent believing in gender equality.

The overwhelming majority of most poll participants opposed extremists, even if al Qaeda is seen as favorable by 19 per cent of Egyptians, 16 per cent of Tunisians and 13 per cent of Pakistanis.

The polls were conducted in March and April, with a sample of 1,000 participants per country and a margin of error ranging from more or less than 3.9 to 5.2 points across the different countries.