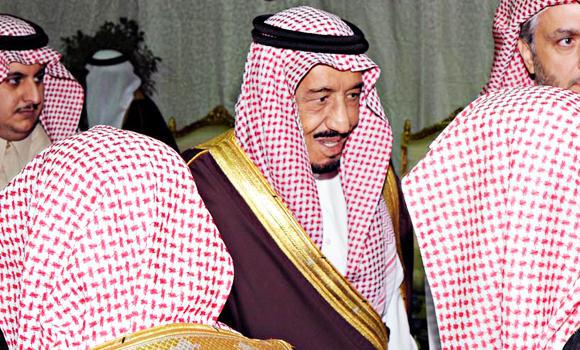 Crown Prince Salman said yesterday that Custodian of the Two Holy Mosques King Abdullah was “well and in good health” after the king underwent a back surgery at King Abdul Aziz Medical City about 10 days ago.
“Brothers, I convey to you greetings of King Abdullah and I convey to you good news that he is well and in good health,” Prince Salman, who is also the defense minister, told counterparts from the six-member Gulf Cooperation Council at a meeting in Riyadh.
Prince Salman and other senior princes yesterday visited the hospital to get reassured about the king’s health.
King Abdullah underwent a similar operation in October last year and had back surgery twice in the United States in 2010 for a herniated disc, after which he spent three months outside Saudi Arabia recuperating.