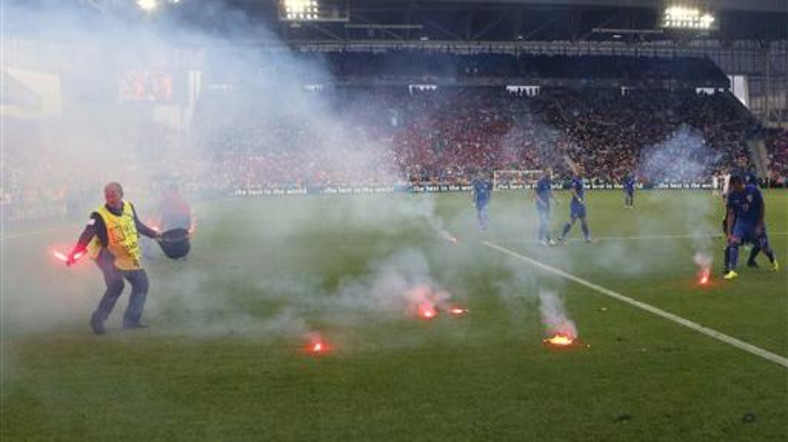 Europe’s soccer governing body UEFA said on Saturday it had opened disciplinary proceedings against the soccer federations of Croatia and Turkey for crowd trouble during the Euro 2016 tournament in France.

Both federations could face sanctions for fans from their countries “throwing objects and setting off fireworks”, a statement read.

The incidents occurred on Friday during the Spain vs Turkey and Czech Republic vs Croatia matches. The hearing will take place on Monday.

The Croatia game in St Etienne was held up for several minutes after its fans threw flares on to the pitch and began fighting among themselves.

Eight flares and other objects landed on the pitch near to riot police, who had been deployed in front of the section housing Croatia fans.

The trouble broke out in the dying minutes of a game that Croatia were leading 2-1. The final score was 2-2.

Croatia, sanctioned three times during the qualifying competition, is already facing a disciplinary hearing on Tuesday after fans threw flares and ran on to the pitch during the team’s opening match at the finals against Turkey in Paris.