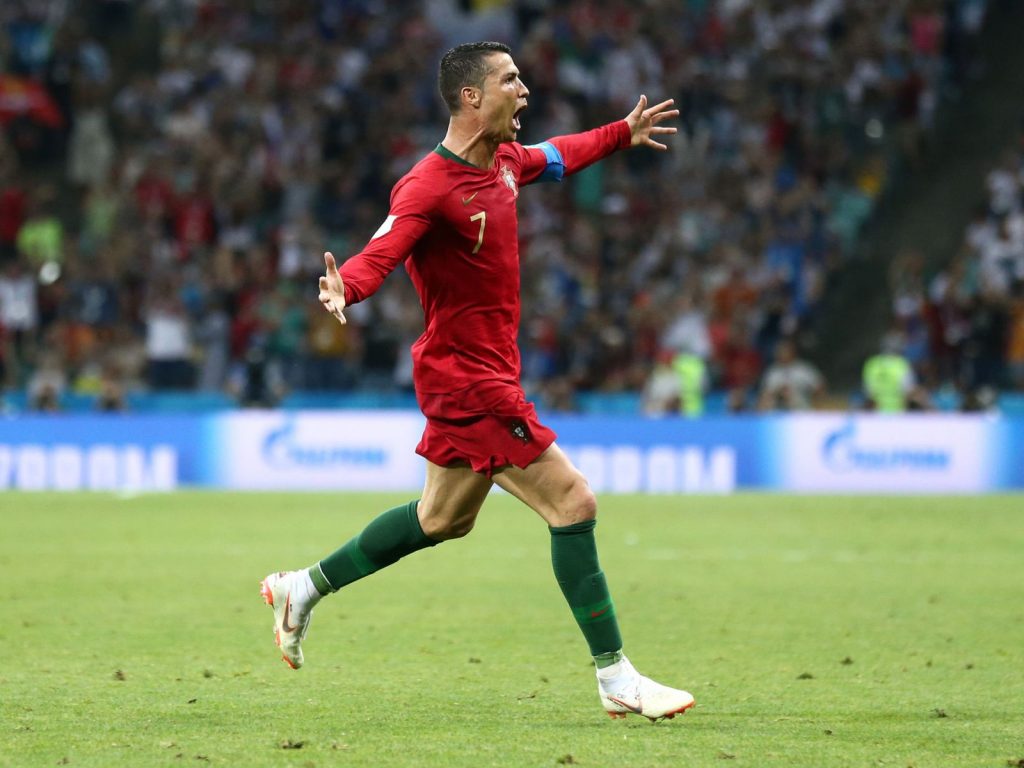 Portugal’s Cristiano Ronaldo scored a hat-trick against Spain, including a late equaliser, as their World Cup clash ended 3-3.

The Real Madrid forward opened his account with an early penalty before scoring again just before half-time in Sochi, Russia.

He completed his hat-trick with a wonder strike from a free-kick in the 88th minute.

Spain, who lost their manager Julen Lopetegui on the eve of the tournament, were seemingly heading towards victory after coming from behind twice to lead 3-2 with just minutes remaining.

Ronaldo, who became the first player to score in eight consecutive major tournaments, denied them right at the death.

The Real Madrid forward scored first from the penalty spot in the fourth minute before Diego Costa fired Spain level.