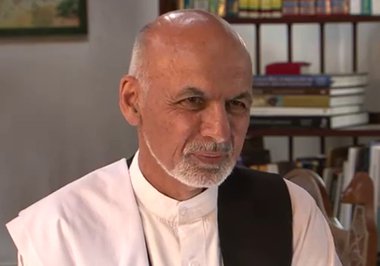 In an interview with BBC, newly elected President Dr. Ashraf Ghani Ahmadzai said fighting corruption is a priority, exuding that corruption will not be encouraged or tolerated in his administration.

“I am not corrupt,” President-elect Ghani sternly and clearly asserted. “I am not going to encourage, tolerate or become the instrument of corruption. The challenge is formidable,” he explained, adding that those involved in corruption will be dealt with according to law.

The continuance of peace talks is a necessity according to Ghani. The people of Afghanistan have grown weary and depressed of war and are awaiting a peaceful transformation in the country, which will be emanated via continuation of peace discussions, he says.

Outgoing President Hamid Karzai and his government were worldly criticized for two things that newly president-elect Ghani has made priority to fix: Corruption and peace talks. During Karzai’s administration corruption was not only visible, but on the rise and the attempts of peace talks, in the perspective of the world, failed.

“A political process is a must,” Ghani stresses. “But to reach a political process you need to defend the country, the civilians and institutions of this country and that again is about fighting corruption. That is about accountability…”

After more than six months since the first round of the presidential elections on April 5, 2014, the Independent Election Commission (IEC) announced on Sunday, to the nation, that Ghani has been elected the next President of Afghanistan.

All eyes are on the new national unity government and how the administration—which took the U.S. Secretary of State John Kerry to broker an agreement—will tackle the issue of corruption in Afghanistan.

The inauguration ceremony will be held on Monday September 29, 2014.