China may be No1 jewelry market 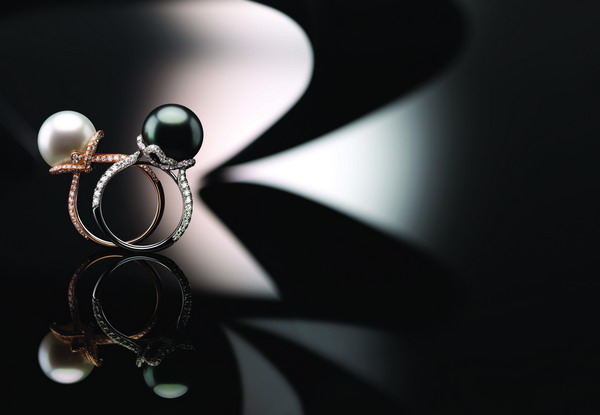 Each year, Tina Yang, who works for a US consulting firm in Beijing, buys a few pieces of jewelry, from expensive diamond necklaces, platinum earrings to cheaper silver bracelets. “I do not care about the price. As long as it is within the affordable range, I consider buying it,” says the 31-year-old Yang. “Just like different perfumes for different occasions, one also needs different jewelry to go with different clothes, which are not just decorative, but also exhibit the wearer’s personality and temperament,” she says.

Like Yang, many Chinese, particularly women, are wearing jewelry to look prettier or to flaunt their possessions. This growing appetite for jewelry has contributed to the continuous growth in jewelry sales in China, making it not only the world’s most competitive jewelry maker, but also one of the largest jewelry consumers.

According to Gems&Jewelry Trade Association of China, sales of jewelry in the country reached 40 billion yuan ($6.33 billion) in 2011, an increase of 33 percent year-on-year.

Industry insiders believe that jewelry sales in the country will sustain this brisk pace of growth over the next decade, and jewelry will become the most sought-after possession after real estate and automobiles for China’s growing middle class.

“With the surging demand for jewelry among its consumers, China is very likely to replace the United States to become the world’s largest consumer market for jewelry by 2020,” says Shi Hongyue, vice-president of Gems&Jewelry Trade Association of China. Jewelry consumption in the country has maintained a double-digit growth rate over the past few years.

Shi says that in developed countries such as Japan on average every person owns three to four pieces of jewelry. But in China, every 10 people own just one piece of jewelry, so the market potential is huge as Chinese get richer.

“Although per capita jewelry purchase in China is far behind that in developed countries, the growing purchasing power of Chinese consumers will provide the fundamentals for rapid market growth,” Shi says.

The improvements in domestic jewelry products and the entry of more foreign jewelry brands have given Chinese consumers a much wider range of options today.

Although gold, diamond, and jade jewelry are still the favorites with Chinese consumers, jewelry made from other materials, such as colored gems, are gaining popularity as an increasing number of buyers look for personalized jewelry, says Fu Yonghe, director of the jewelry design department of Beijing Institute of Fashion Technology, China’s first jewelry design school.

“In the past, people were more concerned about the material used to make a piece of jewelry, but with a wider range of jewelry available in the market, people, especially fashion-conscious young white-collar workers, are paying greater attention to designs and workmanship,” Fu says.

To cater to the tastes of a more diversified consumer group, jewelry makers have been compelled to be innovative, especially in gold jewelry products that were considered old-fashioned.

“In recent years, domestic gold jewelry makers have shifted from traditional homogeneous to bold and modern designs with the use of other materials, making more young people fall in love with them,” Fu says.

In the past, elderly people were the main buyers of gold jewelry, which they believed provided a shield against inflation, he says, though they also bought them for sentimental value. In recent years, however, youths have started sporting stylishly designed gold jewelry because they are “trendy”.

While the traditional jewelry market for women is competitive, Fu says the male jewelry market in China is catching on as men in big cities show a growing fondness for jewelry, especially diamonds.

A De Beers report shows that 67 percent of Chinese men aged between 30 and 44 years wish to own diamonds.

“Though the development of the mainland jewelry market for men is relatively slow, its growth potential cannot be underestimated,” Fu says. “This new demand requires enterprises to make more efforts to innovate products.” This is especially important because moneyed Chinese consumers are gradually veering toward branded jewelry.

“With the strong growth of the country’s overall economy, even the spending power of people in smaller mainland cities has grown robustly,” Li says. With rising brand awareness among mainland consumers, competition among brands will become more intense, and this should be a message to jewelers to spend more on brand building.