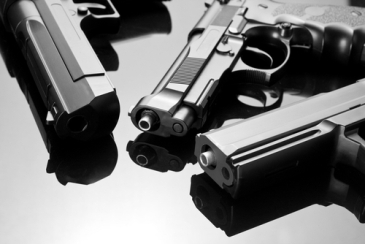 Chicago – As terrifying as it must be to walk the streets of in cities like Tehran, Cairo or Khartoum where international embassies are burning and the yellow flames from explosions singe the night air, it seems a weekend in Chicago could be just as dangerous.
Friday, two more Chicagoens were shot dead and eight wounded in drive-by shootings across the South and West Sides Friday night and Saturday morning, according to a Chicago Tribune report.
Death and injury from gunfire has spiked to record numbers in 2012, leading some reports to compare the city to a war zone like Afghanistan, where fewer American troops have died than people from shootings in Chicago.
In Humboldt Park, early Saturday morning, more than 20 people, some with their hands covered by hoodie sleeves for warmth, stood quietly beyond yellow police tape as officers guarded a crime scene from the other side.
A short distance, about three houses away, 26-year-old Jerrell Butler lay dead, his short life snuffed out by a bullet while standing on a sidewalk talking to his 32-year-old cousin, according to the Tribune. The two were hit by a hail of lead along the 900 block of North Drake Avenue after 1 a.m. Saturday.
In a familiar if ironic twist, the surviving victim offered no help to police who described him as “uncooperative.”
“You’re the police, you figure out what happened” he reportedly said when asked for details about the shooting.
The two shooting victims were not alone Thursday. Another man was killed and eight others injured by gunfire across the South and West Sides Friday night and Saturday morning. None of the reported shootings occurred north of Division Street.
At the Butler killing, some potential witnesses from adjacent two-story brick apartments told police they didn’t see, or hear, anything, while others turned and walked away from police.
A passerby whose path home was blocked by police tape shook her head and leaned from side to side on each foot to keep warm.
“This neighorhood sucks,” she said. “I’m cold and I want to go home.”
The woman said the entire city is getting “rough.”
“People are just heartless … their hearts are cold. You can’t predict it. It’s not the neighborhood, it’s people in general.
Chicago Police have been working overtime to bring the violence under control.
Ref: http://digitaljournal.com