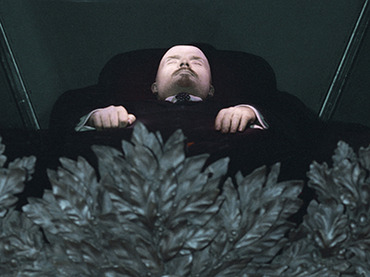 The body of the Bolshevik Revolution leader, Vladimir Lenin, must be removed from Moscow’s mausoleum and buried, demands the head of the Russian Right Cause party, Andrey Dunaev.

The opposition party wants the Center of Biomedical Technology which services the mausoleum and looks after the body of the founder of the Soviet Union closed.

“Maybe it’d be better to revive [Lenin], since we spend such a fortune?” Dunaev stated at a media conference, reports Interfax.

The Right Cause leader underlined that he is ready to cooperate on the issue with any political party except for United Russia and the Communists. The opposition is traditionally at odds with the majority party calling it the legacy of the Soviet Union. As for the KPRF, they strongly oppose the removal of their ideological leader’s body from the mausoleum.

The idea of Lenin’s reburial has been pushed for by many activists and politicians.

As long as his corpse remains in place, “neither Europe nor the majority of educated Russians will believe that Russia is a different country now,” Vladimir Zhirinovsky, the head of Liberal-Democratic party said earlier in December. He said Lenin should be removed from Red Square and the “Soviet ideology” should be condemned at the party’s convention last week.

The body of the leader of the October 1917 revolution was embalmed after his death on January 21, 1924, and placed in the mausoleum built in the centre of Moscow, on Red Square. The fate of Lenin’s body has been a subject of heated debate ever since the beginning of perestroika in 1985. The dispute intensified even further after the collapse of the Soviet Union in 1991.