Caffeine in diet supplements all over the map 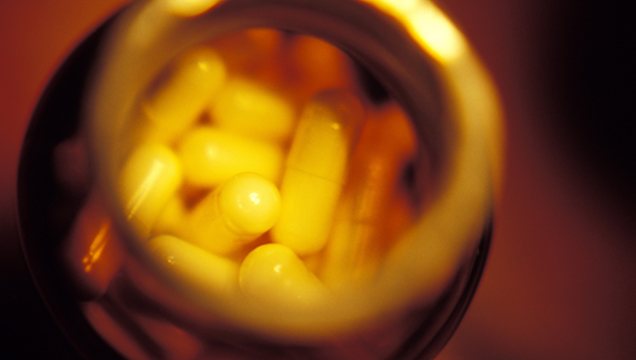 NEW YORK (Reuters Health) – The amount of caffeine in diet supplements varies widely and product labels are often inaccurate or have no caffeine information at all, according to a new study of supplements sold on military bases.Although the caffeine doses probably wouldn’t be a problem on their own, they may cause issues when the pills or powders are combined with energy drinks, coffee and other high-caffeine food and beverages, researchers said.

“Consumers really have no idea when they’re purchasing supplements what’s in them, even if they carefully read the label,”

Said Dr. Pieter Cohen from Harvard Medical School in Boston, who worked on the new study.He and his colleagues analyzed the caffeine content of 31 dietary supplements sold on military bases that are known to have added caffeine or herbal ingredients that naturally contain caffeine.Eleven of the supplements listed herbal ingredients, and all of those had no caffeine or only minimal traces, the research team reported this week in JAMA Internal Medicine.Among the other 20 products, nine had labels with accurate caffeine information. Another five had varying caffeine contents that were either much lower or higher than the amount listed on the label.

The remaining six products did not have caffeine levels on their labels, but had very high amounts according to the chemical analysis – between 210 and 310 milligrams per serving. In comparison, an eight-ounce cup of coffee has about 100 mg of caffeine.Those levels are especially worrisome for military service members abroad, he said, because side effects of caffeine such as tremors and anxiety may hit them extra hard due to the stressful environment.Too much caffeine, according to Cohen, “could push one over from just being a little on edge to having a full-blown panic attack.”One limitation of the study was that the researchers only tested one of each supplement. Because of that, Cohen, who is also an internist at Cambridge Health Alliance, said it wouldn’t be right to call out any single company on its products.What stood out to him was how common inaccurate labeling or lack of information was, across the board.”When we look at the totality of products that have caffeine in them that are consumed on military bases, half the bushel is rotten,” he told Reuters Health.A spokesperson for GNC, which produces and sells diet and nutritional supplements, told Reuters Health in an email, “We believe that all GNC brand labeling is appropriate as to ingredients and dosage.

GNC does, like many other retailers, sell third party products and questions on their labeling practices should be addressed directly to those manufacturers.”Cohen said the laws for regulating supplements are “inadequate,” but that the U.S. Food and Drug Administration (FDA) also isn’t doing a good enough job enforcing the labeling regulations that do exist.The FDA public affairs office did not respond to requests for comment before press time.Cohen recommended that non-military members also avoid supplements that list caffeine on the label – since it’s hard to know just how much of it they actually contain.