Buying a smart car: how ‘smart’ are they? 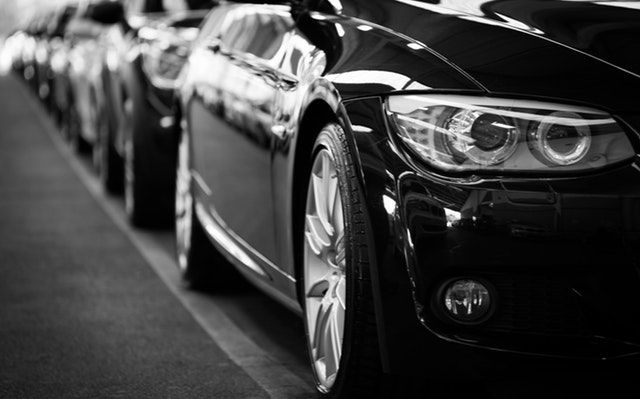 Smart cars have been around for a long time now. With gas prices touching the roof, highly efficient cars were a necessity you could not ignore. The Smart Car, which is already popular in Europe is a small car that packs a punch with its fuel efficiency. Created by Nicolas Hayek, inventor of Swatch watches in collaboration with Daimler-Benz, the first City Coupe was named under the company Micro Compact car. In 2018, the name was updated to Smart For Two because it’s for two people.

The early concept of the smart car was to develop a car that was compact, fuel efficient, easy to park and environmentally responsible. While development of the vehicle began in early 1994, the official unveiling was performed at the Frankfurt Motor Show in 1997. Though the car went on sale the following year, Hayek pulled out of the project because he was hoping for a hybrid or pure electric motor but was instead given a conventional engine for the car. He was also disappointed with the price of the Smart Car which was a lot higher than he expected. As a result, Daimler-Benz or Daimler Chrysler is the sole owner of the Smart Car division.

The car even starred in the movie The Da Vinci Code, and this gave much-needed publicity to the company. While the smart car is quite a hit in cities like Paris and Rome, the American audience has been a little resistant towards it.

What a lot of people wonder when they’re about to buy a smart car is, is it worth it? Is it all that it says it is? There has been a lot of speculation on whether or not these cars offer as much as they claim and this is why we have made it our mission to scrutinize each of its features.

The first thing you’ll notice about the smart car is its size. The ‘ForTwo’ model is just 8 feet, 2.5 inches long and less than 5 feet wide and 5 feet tall. Because of its size, the car can fit into a single parallel parking space, and if you’re not comfortable with that, you can back up the car to the curb.  However, one of the reasons why this car wasn’t able to succeed in the US market is because it can accommodate only two people and this is a hassle for most families. This car is about half the size of a traditional car and weighs about 1600 pounds, so it’s easier to navigate and is a breeze for lane changing.

One of the main reasons why you may be tempted to buy the smart car is because it is built to be fuel efficient. According to the U.S Environmental Protection Agency, the ForTwo smart car’s efficiency is at 32 miles per gallon (mpg) for city driving and 39 mpg for the highway. Though these might look like very impressive numbers, many gasoline-operated cars like Sentra that have emerged aren’t only compact but also reach a higher level of efficiency. Powered by a 1.0 liter, three-cylinder engine, the Sentra produces 70 horsepower so is just the thing you need for short drives.

Though it does offer excellent fuel efficiency and is ideal in size for individuals or couples, the price tags on this car is a disappointing factor for most people. The Smart Coupe’s starting prices are $12,490 but can surpass $19,000! That is quite a price for a car so small especially when it doesn’t offer common amenities such as a satellite radio. On the other hand, cars such as the Fiat 500 are small, affordable, come with a plethora of features and have a backseat too! The price factor has also been one of the main reasons why this car wasn’t able to make the mark it was supposed to. Surprisingly, the price for the car is even higher in America at $25,000 to $35,000.

The design of the smart car is interesting, to say the least. It is manufactured to target people who like something unique and is quite famous amongst Millennials and environmentalists. Though the shape has slightly changed since it was first introduced, these cars are straightforward and fun to drive. However, one thing that has often been attached to these cars because of their size and shape is that they look more feminine. This is one of the reasons why you’ll notice a slight change in the recent models of the ForTwo.

If you’re looking for a car that is safe and fun to drive, then ForTwo is your best bet. The smart car has done well enough in crash tests performed by the Insurance Institute of Highway Safety and has even earned the group’s highest rating with a whopping five stars! The safety is in part due to the car’s steel racecar-style frame and plenty of high-tech front and side airbags. However, according to a review of Business Insider, the vehicle can get knocked around because of the wind on the highway especially when there’re no buildings to provide protection. This is why, despite the excellent performance, IIHS testers suggest that heavier cars are safer than smaller ones.

Is the car for you?

Smart cars have gradually begun to conquer some parts of the automobile market. Though the future for cannot be predicted for these compact cars, their demand keeps increasing, and this is a sign of success for the manufacturers. Though there are a few setbacks to the vehicle, the benefits outweigh them. If you want to purchase this car, go to a dealer that offers a deal for ‘we buy any car today,’ and you’ll be able to sell your old car and buy this one which is environmentally safe and fuel efficient.

ABOUT Erica Silva:
Erica Silva is a blogger who loves to discover and explore the world around her. She writes on everything from marketing to technology, science and brain health. She enjoys sharing her discoveries and experiences with readers and believes her blogs can make the world a better place.  Find her on Twitter: @ericadsilva1