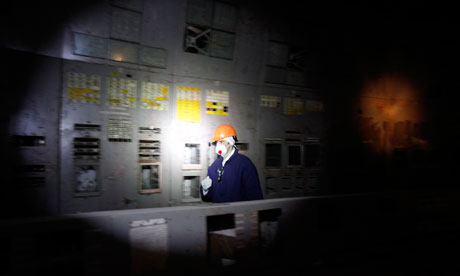 BRITAIN has awarded its first new nuclear power plant site license for 25 years to French energy giant EDF, which is looking to build a new station in southwest England.

The Office for Nuclear Regulation on Monday granted the license to NNB Generation Company, a subsidiary of the French utility’s British arm EDF Energy, which wants to build a new plant at Hinkley Point on the Somerset coast.

The two regulators issued interim acceptance for the designs in December 2011. A final decision could be made by the end of this year, after which the reactor can be built if the remaining hurdles are cleared.

Humphrey Cadoux-Hudson, EDF Energy managing director of nuclear new build, said: “The award of a nuclear site license for Hinkley Point C is another crucial step forward as we ready ourselves to build the first new nuclear reactors in the UK for around 20 years, subject to our final investment decision.”

He added: “The proposed new power station in Somerset will provide enough low carbon electricity to power five million homes and its construction will create around 25,000 jobs at site alone, giving a real boost to the economy.

“However, there is still a great deal of work to be done before this nationally significant infrastructure project can become a reality.”

EDF is hoping to build four EPRs in Britain – two at Hinckley and two at Sizewell on the eastern English coast in Suffolk. It is in talks with several potential partners.