Bolivia asks Sean Penn to help it get its coast back 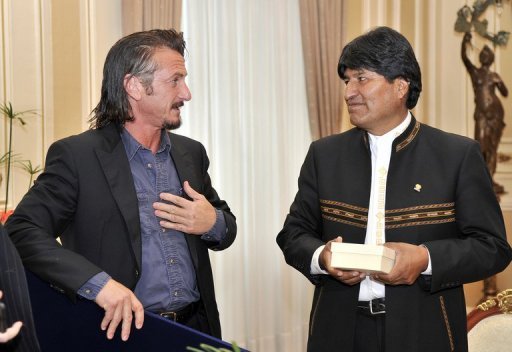 Evo Morales, the socialist president of the arid nation high in the Andes, on Tuesday asked the US actor to help its campaign to press Chile to overhaul treaties that ended a 19th-century war that cost Bolivia its coast and gave the land to Chile.

The diplomat urged Penn to be an “interlocutor with people involved in international politics to… help bring our demand, our proposal for a return to the sea to different venues.”

It was Penn’s second visit to Bolivia this year.

The United States and Bolivia have strained ties, and since 2008 have not had ambassadors in their respective capitals after La Paz accused Washington of meddling in its domestic politics.