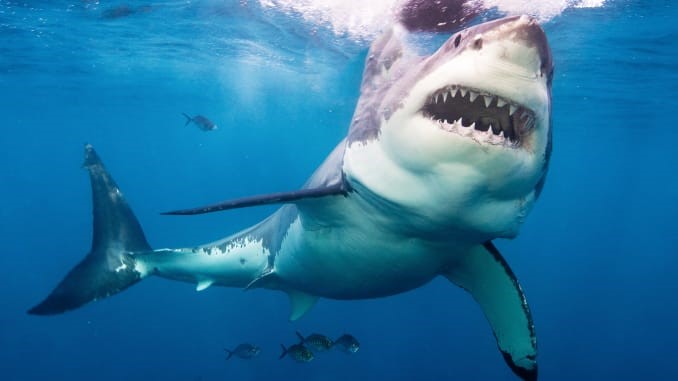 A giant tooth from a species of extinct shark was found in the Cayman Islands during a development project, which introduced a new shark species; it is believed to have belonged to a megalodon, a species that got lost in time, which was famous for its starring role in The Meg (2018).

The Cayman Islands Department of Environment announced the prehistoric find on social media, after it was handed into the DOE for further study. According to the Cayman Campus, it is a little over 4 inches or 10.25 centimeters long. The now-extinct Megalodon is believed to have been the biggest shark to have roamed the oceans, with adults measuring a whopping 48 to 60 feet. According to DOE “That’s three times longer than an adult great white shark and about six times longer than the biggest Caribbean reef shark,”

According to the Natural History Museum in London, some of the oldest fossils are around 20 million years old. The largest Megalodon teeth ever found measure up to 7 inches making the one recently discovered in the Cayman Islands relatively smaller in comparison. These teeth would have been used to penetrate meat. Experts believe that Megalodon’s would have feasted on mostly large fish’s like sharks and whales, because of their huge size.

According to the DOE, the Megalodon is thought to have gone extinct approximately 3.5 to 2.6 million years ago. It was a time when a period of cooling and drying caused the expansion of savannas and other grasslands, which eventually led to the long-legged grazers that live there today.

While it is not known exactly what triggered their extinction, some scientists suggested that they have gone extinction because of the ice age because during that period whale’s migrated to the poles so maybe the problem for Megalodon was that water was too cold for them to survive in and that took away their most important prey, Megalodon seems to have been heavily dependent on relatively slow-moving whales for food. As Megalodon are huge in size it was easy to become a predator but with time it became hard to survive with less prey around them. While some scientists suggest their demise may have been the fault of a younger rival: chiefly, the great white shark.

In this case it is assumed the great white shark, which first appeared on the fossil record around 6 million years ago, drove the Megalodon to extinction. One of the reasons is their difference in speed, Megalodon’s speed was 13.4mph (21.5km/h) on the other hand great white shark’s speed was 35mph (56 km/h), which explains that great white sharks were capable of beating Megalodon with their speed, plus they were smaller in size which made them quicker than Megalodon.

Scientists are still working on it, there have been some new tooth discoveries during the years, including one in North Carolina and one in Mexico, which gives us the evidence that the mighty shark species Megalodon once existed.