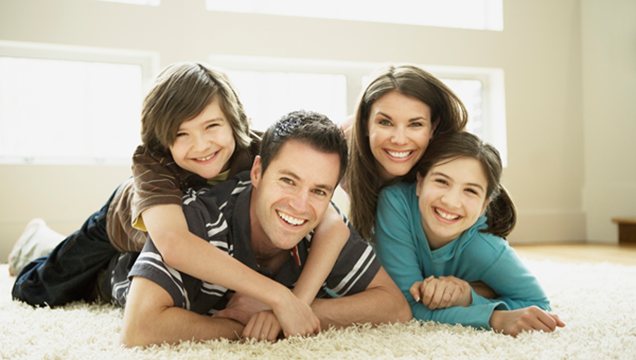 Programs that teach parenting skills early on may help prevent obesity in poor U.S. kids, a study published Monday suggests.Researchers found that two programs aimed at preventing behavior problems in low-income, urban preschoolers also seemed to slash their risk of becoming obese later in childhood. In one program, called ParentCorps, 24 percent of children were obese by about age eight.

That compared with 54 percent of kids in a comparison group that did not go through the program.The lower obesity risk was a bonus, since neither program actually focused on children’s diet, exercise or weight.And that’s different from most efforts that have tried to tackle the problem of childhood obesity, said lead researcher Laurie Miller Brotman, a professor of child and adolescent psychiatry at New York University.”Most programs are aimed at getting kids to eat less calorie-rich food, exercise more, watch less TV,” Brotman told Reuters Health. “And those efforts have, for the most part, failed.

“She and her colleagues believe that the programs in the current study worked because they looked at the bigger picture.”There needs to be a focus on general parenting skills,” Brotman said, noting that it may not be enough to tell parents to limit kids’ TV time or improve their diets. Many parents need to learn how to effectively do those things.The findings, reported in the journal Pediatrics, are based on two experiments.One tested the effects of ParentCorps, a program Brotman and her colleagues have developed for low-income urban families with children at high risk of behavioral problems.Parents and their preschoolers attend 14 weekly sessions offered during the evening at the child’s school.

Parents learn, among other things, how to reinforce their children’s good behavior and how to discipline them without physical punishment. The kids, meanwhile, play games that teach them social skills and ways to deal with their emotions.Brotman’s team followed 146 children whose families were randomly assigned to either take part in ParentCorps or serve as a “control” group.By the age of eight, the researchers found, children in the program had less than half the rate of obesity as their control-group peers did.The second experiment tested another behavioral program called the “Incredible Years.” Brotman’s team was able to follow only 40 girls from that study (which started off with 99 preschool boys and girls). But the researchers found a similar pattern: 21 percent of girls who took part in the program were obese by about age 10; that rate was 39 percent among girls in the control group.The reasons for the lower obesity rates are not certain.But Brotman said that even though the programs didn’t focus on kids’ diet and exercise, they may have ended up affecting those things by improving general parenting skills.For instance, parents may have learned not to use food as “reinforcement” for good behavior, Brotman said.And children may have learned to deal with stress in healthier ways — like not turning to sweets for comfort.”These changes in early childhood can really lead to long-term benefits,” Brotman said.The findings were based on two fairly small groups of children, and further studies are needed, according to the researchers.And if behavioral programs like these are effective, there’s the big question of how to get them to the families who can benefit.Brotman said they are working with New York City’s education department to help more schools offer the program. It’s delivered by teachers and mental health professionals, so there’s the cost of paying them — and providing dinner for families.The researchers are also working on making the program adaptable for different settings, like Head Start centers and local welfare programs.The cost and other logistics of doing that are unclear. But obesity itself — as well as the behavioral problems the program targets — carry a big price tag, Brotman pointed out.

“The argument that there would be cost-savings is, I think, pretty compelling,” she said