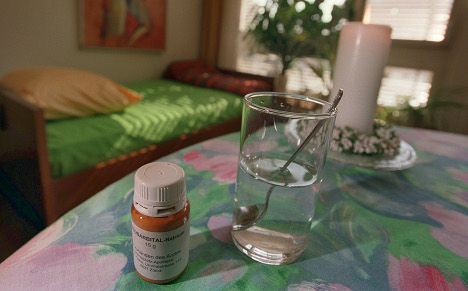 A row has blown up within the government about possible changes to German assisted suicide laws, after the justice minister said she wanted to enable not just relatives but also doctors and friends to help people to die.

All sides say commercial assisted suicide should be banned, as set out in the government’s coalition agreement – but disagreement has arisen over where the line should be drawn.

Justice Minister Sabine Leutheusser-Schnarrenberger wants to restrict the ban to organisations with commercial interests – leaving those who offer profit-free suicide advice to terminally ill people free to do so without fear of prosecution.

The Neue Osnabrücker Zeitung newspaper reported on Tuesday that Leutheusser-Schnarrenberger had drafted a law which would lift the threat of prosecution friends and long-term housemates, as well as doctors and carers – if during treatment “a close personal relationship”.

Health spokesman for Angela Merkel’s Christian Democratic Union, Jens Spahn told the Frankfurter Allgemeine Zeitung newspaper on Wednesday, it was not acceptable that commercial operations should be threatened with up to three years in jail, while relatives and friends would excepted.

Lifting the threat of prosecution from those with a professional relationship to a terminally ill person would open the door to abuse. “Where would the line be drawn?” he asked.

President of the German Medical Association Frank Ulrich Montgomery said the idea was “something from a madhouse.”

Initially the idea was to ban commercial euthanasia, but, “then the justice ministry wants to create a legal basis for doctors to be suicide assistants.”

Doctors would not be available to do this, he said – adding that it was forbidden for doctors to kill patients even on request and that they were not allowed to help suicide either. That was in the professional code of all doctors, he said.

Head of the German Hospice Association, Eugen Brysch, agreed and said he felt Leutheusser-Schnarrenberger was encouraging the social acceptance of assisted suicide.