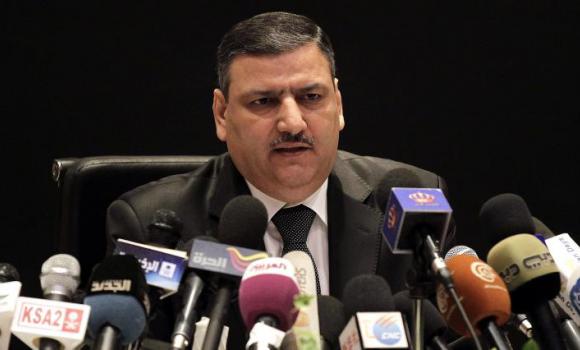 AMMAN: Syria’s former prime minister Riad Hijab, who fled to Jordan last week after defecting, said on Tuesday the regime was collapsing and now only controlled a third of the conflict-wracked country.

“The Syrian regime only controls 30 percent of Syria’s territory. It has collapsed militarily, economically and morally,” Hijab told a news conference in Amman.

“I assure you, based on my experience and the post I held, that the regime has cracked.”

Hijab said he had made his decision to quit his post on August 5.

“I decided to leave on August 5 after losing hope that this corrupt and brutal regime would change. The trip to Jordan took three days,” he said, adding “I was not sacked.”

“I have no interest in holding any position, now or in the future following the liberation of Syria.”

Hijab, who was agriculture minister until being appointed prime minister on June 6, urged Syria’s rebels to “continue their fight against the regime as the Syrian people have high hopes and faith in you.”

“I also call on the Syrian armed forces not to point their guns at the Syrian people.”

Hijab is the latest in a string of high-level defections from President Bashar al-Assad’s regime, which is becoming increasingly embattled as the 17-month conflict shows no signs of abating.

“Syria is full of officials and military leaders who are awaiting the right moment to join the revolt,” Hijab said, while urging Syria’s fractured opposition to unite.

“The opposition outside Syria needs today to united their efforts and stop accusations that they are scattered. The fact that the have different opinions does not mean they do not share the same goal,” he said.

“We thank Saudi Arabi, Qatar and Turkey and urge them to continue their support for the just revolt until victory is achieved.”

Hijab spokesman Mohammad Otri has said the former premier plans to leave Jordan for Qatar but did not say when.

The conflict has killed over 21,000 people since March last year, according to activists, including 160 people on Monday alone.