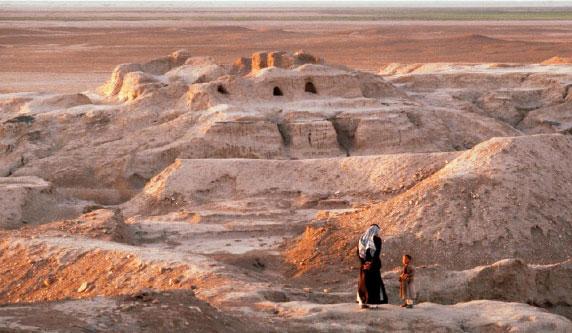 Going through various ancient civilizations, one feels fantasy and joy in all the aspects of old cultures that were maintained through years. One of the most prominent and unique features of any civilization is the type of arts that it depicts and preserves through ages. History of art is probably as old as the history of mankind. Our aesthetic sense has always resulted in the creation and modification of the various forms of art. Art is reflected in two basic forms; visual art including sculptures, paintings and architecture; and performing arts like music and theater.

Many great customs in art have a basis in the art of one of the great ancient civilizations: Ancient Egypt, Mesopotamia, Persia, India, China, Ancient Greece, Rome, as well as Inca, Maya, and Olmec. Each of these centers of early civilization developed a unique and characteristic style in its art. Because of the size and duration of these civilizations, more of their art works have persisted and more of their inspiration has been communicated to other cultures and later times. Some also have delivered the first records of how artists worked. For example, the period of Greek art saw anadoration of the human physical form and the development of corresponding skills to show musculature, poise, beauty, and anatomically correct proportions.

In Byzantine and Medieval art of the Western Middle Ages, much art focused on the expression of Biblical and religious truths, and used styles that showed the higher glory of a heavenly world, such as the use of gold in the background of paintings, or glass in mosaics or windows, which also presented figures in idealized, patterned forms. Nevertheless a classical realist tradition persisted in small Byzantine works, and realism steadily grew in the art of Catholic Europe.

In the east, Islamic art’s rejection of iconography led to emphasis on geometric patterns, calligraphy, and architecture. Further east, religion dominated artistic styles and forms too. India and Tibet saw emphasis on painted sculptures and dance, while religious painting borrowed many conventions from sculpture and inclined to bright complementary colors with highlighting on outlines. China saw the flourishing of many art forms: jade carving, bronzework, pottery, poetry, calligraphy, music, painting, drama, fiction, etc. Chinese styles vary greatly from era to era and each one is conventionally named after the governingempire. Japan names its styles after imperial dynasties and also saw much interplay between the styles of calligraphy and painting. Woodblock printing became important in Japan after the 17th century.

The western Age of Enlightenment in the 18th century saw imaginativeillustrations of physical and rational convictions of the clockwork universe, as well as politically radicalvisualizations of a post-monarchist world. This led to Romantic rejections of this in favor of pictures of the emotional side and individuality of humans, exemplified in the novels of Goethe. The late 19th century then saw a host of artistic movements, such as academic art, Symbolism, impressionism and fauvism among others.

“Without tradition, art is a flock of sheep without a shepherd. Without innovation, it is a corpse.”
Winston Churchill