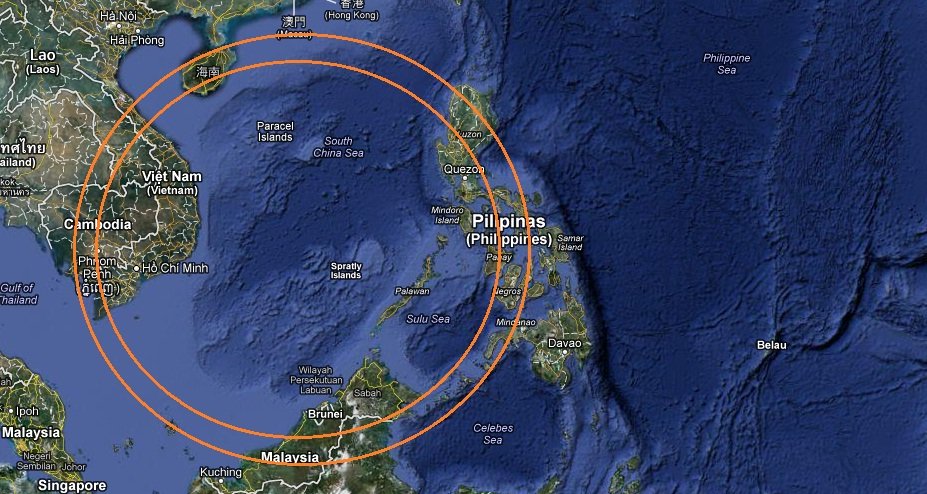 MANILA, Philippines–Tensions over competing claims in the South China Sea could escalate into conflict, with an arms build-up among rival nations raising the temperature, an international think tank warned Tuesday.

Prospects of solving the disputes “seem to be diminishing” after a recent failure by the 10-nation ASEAN grouping to hammer out a “code of conduct” that would govern actions in the sea, the International Crisis Group (ICG) said.

“Without a consensus on a resolution mechanism, tensions in the South China Sea can easily spill over into armed conflict,” warned Paul Quinn-Judge, the ICG’s program director for Asia.

“As long as ASEAN fails to produce a cohesive South China Sea policy, a binding set of rules on the handling of disputed claims cannot be enforced.”

China claims sovereignty over nearly all of the sea, which is believed to hold vast amounts of oil and gas, is one of the region’s most important fishing grounds and is home to shipping lanes that are vital to global trade.

The Philippines and fellow Association of Southeast Asian Nations (ASEAN) members Brunei, Malaysia and Vietnam, as well as Taiwan, claim parts of the sea.

The rival claims have for decades made the area one of the region’s potential military flashpoints, with Vietnam and China engaging in sea conflicts in 1974 and 1998 that left dozens of military personnel dead.

Tensions began to escalate again last year with Vietnam and the Philippines accusing China of becoming increasingly aggressive in staking its claims to the sea.

In April Philippine and Chinese vessels became engaged in a tense stand-off at the remote Scarborough Shoal.

And China this week triggered further anger from around the region when it announced it was planning to build a military garrison on the Paracel Islands.

On the diplomatic front, an annual meeting of ASEAN foreign ministers ended in disarray early this month when it failed to agree on a joint statement, a first in its 45-year history, because of divisions over the South China Sea.

Meeting host Cambodia was widely seen to have backed China, a close ally. This derailed a campaign by the Philippines for a tough ASEAN position against China.

The Brussels-based ICG said in its report on Tuesday that China had “worked actively to exploit” the divisions in ASEAN by offering preferential treatment to members of the bloc that supported its position in the dispute.

“A lack of unity among China’s rival claimants, coupled with the weakness of the regional multilateral framework, has hampered the search for a solution,” the report said.

“All of the trends are in the wrong direction, and prospects of resolutions are diminishing.”

The report also noted that China and the rival claimants had continued to expand their navies and coast guards amid the dispute, due in part to domestic political pressures and rising nationalism among its citizens.

This could lead to an “escalation” of incidents, including more maritime stand-offs, it said.

The ICG said the best way to ease the tensions would be for the rival claimants to agree on ways to share the natural resources on offer in the South China Sea.

But it noted that the last effort to do so — a joint seismic survey by China, Vietnam and the Philippines — broke down in 2008, and the prospects of co-operation in the future were low.