Arafat’s widow to file suit in Paris over death: lawyer 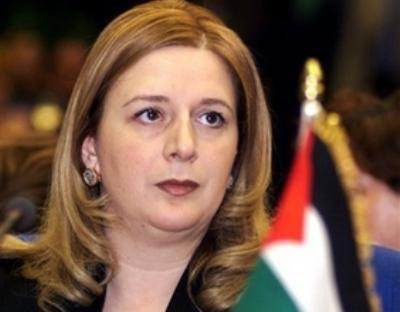 PARIS: Yasser Arafat’s widow is to file a lawsuit in France following allegations the Palestinian leader died at a Paris hospital in 2004 after being radioactively poisoned, her lawyers said on Tuesday.
“Mrs Suha Arafat, widow of Palestinian leader Yasser Arafat, has asked a Parisian legal practice to file suit against an unnamed person under French jurisdiction,” lawyer Pierre-Olivier Sur’s practice said in a statement.
“Mrs Arafat hopes that the authorities will be able to establish the exact circumstances of her husband’s death and find out the truth so that justice can be done,” it said.
The move comes after an investigation commissioned by Al-Jazeera news channel found elevated levels of the radioactive substance polonium on some of Arafat’s belongings, suggesting the leader could have been poisoned.
Palestinian president Mahmud Abbas has said he will ask the Swiss experts who probed Arafat’s death to take samples from his body in the occupied West Bank city of Ramallah for further tests.
Polonium, which is highly toxic, was used to kill Russian former spy turned Kremlin critic Alexander Litvinenko, who died in 2006 after drinking tea laced with the substance at a London restaurant. The Al-Jazeera investigation, broadcast last week, centerd around the testing of some of Arafat’s belongings, which the Percy military hospital gave to Suha Arafat after his death.
Suha Arafat gave Al-Jazeera permission to take possession of the items, which included clothing Arafat wore in the days before he died aged 75, and hand them over for specialist testing.
Suha Arafat has said she would seek an exhumation to allow specialists to take additional samples for testing, and the Palestinian leadership has said it would be willing to allow exhumation if Arafat’s family agreed. Many Palestinians believe Arafat was poisoned by Israel, which has denied the allegations, accusing Suha Arafat and Palestinian officials of covering up the real reasons for the former leader’s death.