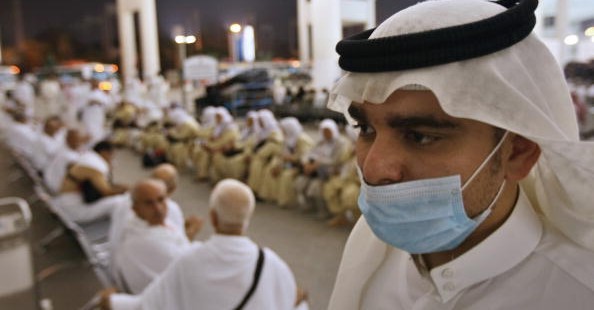 Humans have transformed the planet by leaps and bounds and the change is so profound that our ‘Mother Earth’ is steadily drifting into a new geological era. The nomenclature is the ‘new age of the Anthropocene (the Age of Man) and the era is steadily bringing in change in terms of global climate and land usage. And then on the other side, there are devastating changes like resource depletion, bio-diversity loss and population expansion, which are actually boiling down the existence of life on earth as nothing but a crowded breeding ground for ‘Slow Death of Mankind’.

The closeness to animals has also brought the human race quite a bit closer to a range of diseases that these animals are known to transmit either directly or through pathogens. Despite global initiatives and few autonomous organizations, the issue is still facing cold shoulders and deaf ears. The ignorance has resulted into many shattering results and one of them is the currently prevailing news of the dreaded Ebola virus.

The Ebola panic has gone global and the pandemic has yielded massive economic, social and political disturbances. Started off in one nation in the Middle East, the disease is swallowing lives and is gradually widening its roots to other countries.

The story is unfolded here:

The Story of ‘Dark Death’

A 40 something business man who returned to Jeddah from a business trip to Sierra Leone died a few days ago due to the dreaded viral disease.  This was the first death in Saudi region and consequently reported the first casualty of the Ebola epidemic in the Arab world. The concern is grave to such an extent that it quickly captured the attention of the WHO and as a result several meet-ups held discussing possible solutions.

According to the hard facts, the malady has claimed more than 900 lives and infected around 1,600 people in four West African nations since the current outbreak began in February. The numbers in Saudi Arabia and its cities are also rising at a steeper rate.

The cost paid is more than death numbers. Whenever, a disease marks its foray into a nation, it not kills people but sucks the blood out of the country as well.  Parts of Africa and Middle East are flourishing with booming economy and job market; however, the recent deadly Ebola outbreak has somehow made the success path arduous and has crippled the revenue generation in a huge way.

What WHO Has Researched?

The panic has gone global and the mortality rate is surging like anything. The World Health Organization (WHO)has clearly declared the pandemic as an international health emergency with its concrete origination in West Africa and the newest epicenter confirmed in the Middle East. Given the increased mobility and high migration rate being recorded in these countries, the chances of the disease spread is anticipated on a steep rate.

WHO has also stated that the recent Ebola outbreak is even more dreaded than the previous one and the death rate recorded has panicked the global healthcare authorities and nations worldwide. The death saga started in Nigeria and steadily grabbed major parts of North and West Africa in its deadly claws. Owing to a closer proximity and frequent migration activity, Middle East is the second nation that has been declared a high-alert area.

The mortality rate not only affects the commercial or personal entities associated but also mars the economy, society and political setting of that very nation. The political, societal and economic ramifications are unfolded now:

The pandemic has cost lives and has destroyed hundreds of families and reasons of their happiness. However, the global health bodies that are looking out for immediate ‘disease-extermination’ initiatives are also overseeing the political and economic concerns that are cropping up owing to the disease spread.

West Africa and Saudi Arabia are two densely populated and economically booming nations. Every quarter, the net migration rate is growing at a steep rate and the sudden disastrous incident like this can hamper the growth in a huge way, for sure. The International Monetary Fundhas recently given out a revised GDP growth figure for Guinea to be 3.5% against the earlier 4.5%. Apart from this, the growth figures for Saudi Arabia are also suffering blows now.

Infectious diseases and disasters associated are tagged as archenemies of the tourism industry. Loss in this very sector is surely going to affect the otherwise positive fiscal scenario witnessed in both the countries. Moreover, stopped migration activity for some time is also anticipated to affect the job market and the private sector setting in the countries.

Africa and parts of it share business relations with powerful companies like Japan, China and South Korea and trips to Africa for the same purpose is frequently observed. Surging cases in Africa and bordering nations, in such cases, will definitely impact a broad range of industries and financial markets.

The disease spread is expected and is actually boiling down the economic figure to a dis-heartening number. But more than that, the malady is making holes in the social balance maintained in the victim nations.

The virus affects the central nervous system and eats away the human body from within. The disease has the capability to change one’s interpretation of life and affect the day-to-day social circle shared. There are small African villages where patient is set aside and is debarred from being a part of the family and folks. It wrenches the heart but it’s a bitter truth.

Just like AIDS, Ebola infected individuals are considered outsiders and are kept at bay.

Initiatives to Save the Souls

West Africa and Saudi Arabia are the two nations at the moment that have been declared as the hotspot or the epicenter of the dreaded disease. Out of the two countries, Saudi is the one that is touched but not yet grabbed by the disease completely and therefore, the nation is carving initiatives to keep the effect as minimum as possible.

Other than Saudi, other high alert areas are United Arab Emirates, Qatar and Lebanon and saving these nations from the Ebola is important. The main reason is that these nations form the economic backbone of the Middle East and witnessed high expat movement.

The governments of different Arab federations have decided to put into force following strategies so that the disease doesn’t widen its horizon further:

These initiatives may impact the religious sentiments of the people but the decision to sacrifice the traditional cues to save hundreds of soul is actually a heart wrenching yet an ideal strong step.

A disease has the capability to kill people but it can swallow a country as well. The contagious malady has left a deep dark mark on the political setup of the victim countries and this way the political bunches have decided to join hands and move towards eradicating the nasty element from the societies. The two political setups have outlined few strategies, which will not be implemented in the near future but yes the concrete plan will definitely help in any anticipated calamity or disaster.

Apart from discussing the massive economic and social impact the disease has accompanies with itself, the post urges the masses to be more alert towards such disastrous mishaps.

Need of the Hour

The need of the hour is to have a kind heart at this very moment. Disgracing and discarding the Ebola-infected individuals from your hearts and society will not kill the person from inside but the ignorance of higher degree can deeply hurt the growth of the nation as well.

Technology can also help here in a great way. The online space and authorities should highlight about better options for employment search and make the web space a reservoir of knowledge for ignorant round the world. The initiatives have been kept in the vision so that better facilities can be sourced and through better job hunting platforms and more qualified healthcare professionals can come in the future to affected Arab and African cities.

Apart from this, global nations should invest and join hands together so that the capital incurred can source in better healthcare facilities and a strong infrastructure.