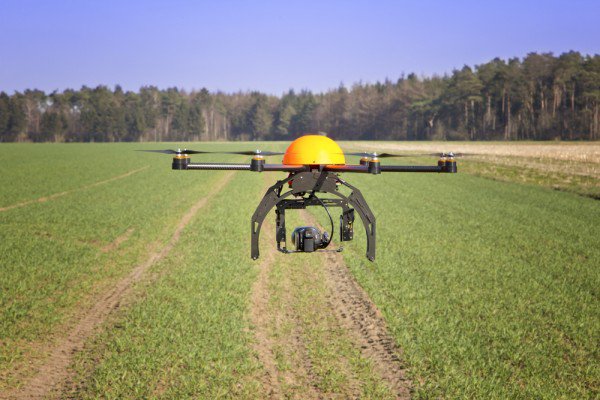 Arthur C. Clarke elucidates the amelioration in technology proclaimed that; any sufficiently advanced technology is indistinguishable from magic. It will not be counter factual if I say that this statement of Clarke construes the prevailing panorama of progressive accession in technology. The word drone generally delineates grim reaper in the minds of Pakistani denizens by up surging the innervation of quietus, consternation and trepidation. Monotonous attacks of United States of America on terrible areas of Pakistan through stealth spy drones further augmented the perplexity about drones as scaremonger. Correlating drone only with obliteration is analogous to thinking fire solely crops ash. However the propagation of savoir fair from generations to generations eventually results in extreme procession in technology that comes up with agricultural drones. Implication of sensors and robotics in agricultural field engenders a triumph as it not only preserves time but also enhances the yield.

Using global positioning system, a low-cost aerial camera platform accoutered with an auto pilot bridling standard point-and-shoot camera, the farmers can visualize brass stacks of their crops from software on the ground that stitch aerial shots into a high-­resolution mosaic map. Not only affordable as compare to satellite imagery and crop imaging with a manned air craft costs $1,000 an hour, agricultural drones offers high resolution, costs $2,000 an hour and available at any time as it remains unobstructed in clouds. Small GPS modules, incredibly powerful processors, a range of digital radios and tiny MEMS sensors including accelerator meters, gyros, magnetometers, and often pressure sensors makes these drones paltry, economical and manifesting for farmers.

Seeing a crop from the air can reveal patterns that aren’t available at human eye level, expose everything from irrigation problems to soil variation and even pest and fungal infestations. Airborne cameras can take multispectral images, capturing data from the infrared as well as the visual spectrum, which can be combined to create a view of the crop that highlights differences between healthy and distressed plants.

A drone can survey a crop every week, every day, or even every hour and by creating a time-series animation, that imagery can show changes in the crop, revealing trouble spots or opportunities for better crop management. Drones are being used for agriculture in a slew of countries including America, Canada, Australia, Japan and Brazil. These miniature fixed wing airplanes, quadcopters or multi bladed helicopters strikingly improves the crop quality so that scientists comes up with an idea of implementation of drone technology in every farm of the world within ten years. Association for Unmanned Vehicle Systems International, the trade group that represents producers and users of drones and other robotic equipment, predicts that 80% of the commercial market for drones will eventually be for agricultural uses. Henceforth drones are expeditiously propelling from battle field to agricultural field and the time is not so far when agricultural drones will be use as a tool like any other consumer device.