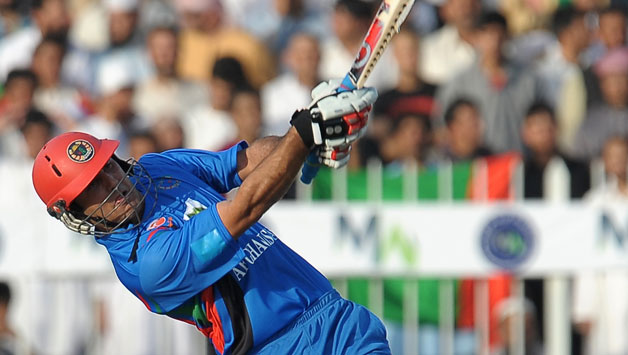 Afghanistan will look to bounce back in the fifth ODI against Ireland after suffering a humiliating defeat against Scotland in the previous game.

Ireland’s unbeaten start to 2015 came to an abrupt end in Dubai on Saturday as a disappointing batting display saw them beaten by 71 runs against Afghanistan in the ongoing tri-series.

A win would have secured the trophy for the Boys in Green and it started well as Craig Young put them in the driving seat early on.

The Bready pace bowler has really come into his own in the past 12 months, and afterWilliam Porterfield had won the toss and asked Afghanistan to bat, Young removed both openers, Usman Ghani (6) and Javed Ahmadi (13), to give Ireland the edge.

Asghar Stanikzai and Shamiullah Shenwari battened down the hatches after that as the Irish bowlers continued to dominate, this pair happy to rebuild at their own pace.

At the half way stage they had taken the score to 95-2 but as the Afghans upped the ante, Stanikzai was caught behind by Gary Wilson off the bowling of John Mooney for 44.

Mohammad Nabi (9) became Young’s 3rd victim soon after before Najbullah Zadran entered the fray to change the complexion of the game. Shenwari was next to go with the score on 155, lbw to George Dockrell moments after bringing up his 50.

Zadran, however, was ready to take on all comers and set about building an innings that was to give his side a foot-hold in the match.

The Afghan batsmen tucked into the Irish bowlers, scoring 119 runs from the last 13 overs, taking 22 off one Cusack over alone. Zadran was responsible for inflicting the majority of the punishment, smacking 83 from 50 balls including 6 sixes and 6 fours.

A late trio of wickets from Kevin O’Brien (3-49) kept the damage to a minimum from the last over but Ireland had been set 247 to win thanks to Zadran’s swashbuckling efforts.

Young (3-45) was again the pick of the Irish attack while Wilson claimed four catches behind the stumps.

The reply began well with Paul Stirling finding his range very quickly but Porterfield edged one behind off Hamid Hassan with the score on 40 and the fielding side got a real lift.

They were buoyant soon after when Stirling (36) was adjudged lbw to the same bowler before Ed Joyce and Niall O’Brien tried to get their side back on track. These two took the score to 77 before Joyce gave a regulation return catch to Ahmadi and was gone for 21.

Mirwais Ashraf then entered the fray and he really turned the screw, dismissing both Gary Wilson for 20 and Niall O’Brien, who had started to look dangerous for his 33.

Kevin O’Brien (21) and Andrew Balbirnie (17) took the reply to 158, however both fell in quick succession to leave Ireland teetering. Aftab Alam ensured there was to be no sting in the tail as he accounted for Mooney and Cusack with a minimum of fuss and Hassan (3-24) wrapped up a 71-run victory as he removed Young.

All in all a disappointing day for Phil Simmons and his charges who just about managed to get past the same opposition last week, but failed to heed the warning.

Ireland will look to improve on Monday when they play Scotland in their final game, hoping to clinch a morale boosting series triumph, before heading down under for theWorld Cup at the end of the month.