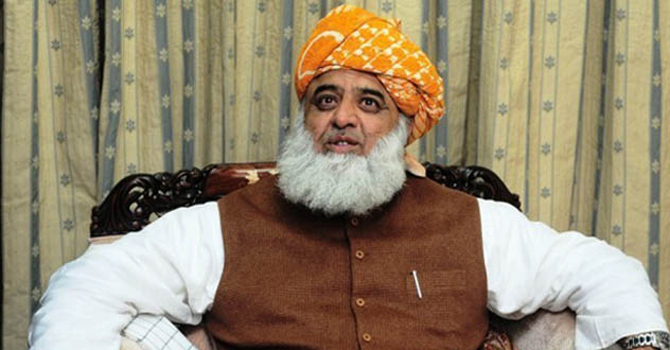 The JUI-F chief further stated that the sitiuation in Balochistan and Karachi is very serious, where bodies are falling everywhere.

Speaking in Islamabad at the last session on the first day of a two day International Islamic Conference, Maulana Fazlur Rehman said that the leaders of Muslim countries do not properly reflect the views of the Muslim world.

He said that that the leaders of Muslim countries have adopted the war on terrorism as their own, whereas the masses view it as America’s war.

The JUI-F chief said that after the rule of the British, the people have now been told to serve the United States.

When speaking about Balochistan, Maulana Fazlur Rehman said that there has been a failure to solve the situation in the province.

On Karachi he said that death is prevalent in the metropolis, which leaves the question as to which court will the people be able to take their grievances.

The JUI-F chief also said that it is a crime to implement Shariah at the point of a gun.