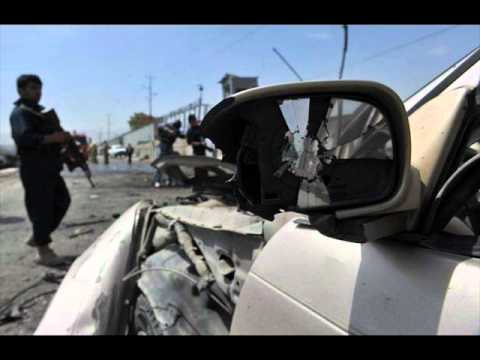 KABUL (Reuters) – Three suicide bombers killed at least 28 people and wounded more than 70 when they blew themselves up in a busy market in south-western Afghanistan in one of the worst such attacks this year, provincial officials said on Tuesday.

Eighteen civilians including several children and at least three members of the Afghan security forces were among the dead in the town of Zaranj, the provincial capital of Nimroz province next to the border with Iran.

“The attackers blew themselves up in crowded markets to target civilians, there was no government installation nearby,” Barahawi said.

Mohd Musa Rasooli, the Nimroz Police Chief, said three police were among the 28 dead and said the bombers had attacked not only a bazaar, but also the entrance to the local hospital.

Noor Ahmad Sherzad, a health official and hospital doctor, said as many as 100 wounded had been hospitalised.

The attack was the worst in the normally peaceful province since 2001 and comes during a surge in fighting this summer ahead of a withdrawal by most Western combat troops and handover to Afghan forces to be completed by the end of 2014.

An Afghan policeman killed 11 colleagues in the same province on Saturday, opening fire on them at a checkpoint in Dilaram district.

Despite a decline in civilian casualties in the first half of this year compared to 2011, the United Nations last week said civilians were still bearing the brunt of fighting between insurgents and the foreign-Afghan coalition.

A spokesman for NATO-led forces said he had no details of the attack, but a local MP Sharifa Hamidi told Afghanistan’s Tolo Television that the attack was a “brutal act that cannot be justified”.

A half-yearly report by the United Nations last week said 1,145 civilians have been killed between January 1 and June 30 this year as well as 1,954 wounded, representing a 15 percent decrease on last year due to a severe winter hampering fighting.

Violence is at its worst despite the presence of thousands of foreign and Afghan troops fighting Taliban-led insurgency in Afghanistan plagued by three decades of conflict.