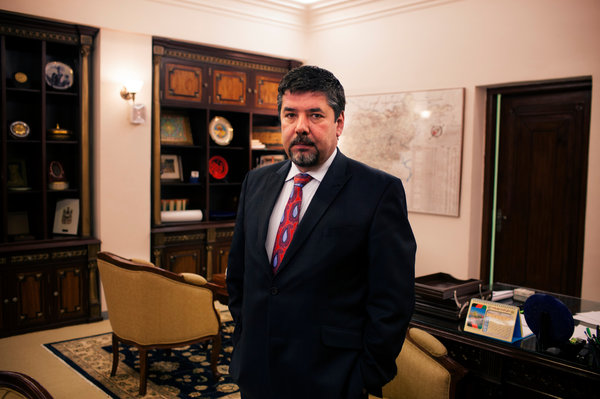 The Afghan Intelligence – National Directorate of Security (NDS) has even surprised the Central Intelligence Agency of United States by exhibiting an independent streak under the leadership of Rahmatullah Nabil.

Nabil has aggressively sought to keep the resurgent Taliban at bay, stop the remnants of Al Qaeda from growing fresh roots in Afghanistan, and keep the Islamic State from winning adherents in the Afghan insurgency, according to a report by New York Times.

The report which outlines the achievements of the NDS, further adds that the Afghan intelligence operatives have also successfully turned some of the region’s most notorious militants into sources and potential proxies, and the intelligence agency has clandestinely taken its fight across the border, targeting Taliban leaders sheltering in Pakistan.

However, Nabil believes that the Afghan intelligence is not perfect at this stage as Afghanistan is in the middle of war.

During an interview with the Times, Nabil insisted on the need to safeguard Afghans and their rights. “Freedom of speech is part of that, respect of human rights is part of that. We don’t want to be the political police,” he added.

Nabil was born in 1970 in Jaghato district of Maidan Wardak province of Afghanistan and has been serving as the Afghan intelligence chief during the past three years.

He has been nominated to keep the post in the government of national unity. Nabil’s career with the Afghan government started in 2002 when he joined as Deputy National Security Advisor. He then laid the foundation of Presidential Protection Service (PPS) and served as the head of (PPS).

Nabil was first appointed as Director General of the National Directorate of Security (NDS) in 2010. After two years, he was appointed as Deputy National Security Advisor and then he rejoined the NDS as acting General Director in September 2013.

Before 2002, he served in several branches of UNHCR and he was mainly working on aid supplying to the Afghan refugees. Mr. Nabil has also received appreciation letter from the Afghan Civil Society Association, for his effective efforts in the implementation and oversight of human rights in all NDS detention centers, according to his official biography.