Addiction to medicines an issue for docs 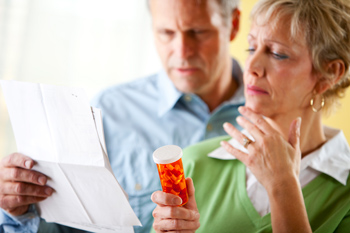 A number of patients getting treated by physicians and given drugs to are susceptible to addiction, said a primary care expert.

“(This is) not a prevalent problem, but at the same time it affects us very much in our everyday practices,” he added.

Speaking last week during the Abu Dhabi Medical Congress in the Capital, Dr Ford told delegates to be vigilant and cited instances to suspect drug addiction in patients.

According to him, addiction could drive people to great lengths to “outsmart” their doctors and get them to prescribe them drugs that they could abuse. “They will come up with ways that you haven’t thought of,” he said.

Dr Ford pointed out several characteristics that doctors should watch out for in their patients who are abusing drugs. These include escalating use, drug-seeking behaviour, doctor shopping and the feeling of getting scammed. According to him, the most commonly abused prescriptions drugs include opioids. “I see more dependence to Xanax, Valium, benzos, than anything else,” he said noting that a low number also abuse stimulants.

Addicts look for drugs that have rapid onset of action, high potency, brief duration of action and high purity, which makes prescription drugs like Benzodiazepine or benzo (psychoactive drug) potential for abuse.

“In the US, doctors are generally found to under-treat pain and anxiety disorder which is a problem, and there are even lawsuits against that for under-treating. At the same time, controlled substance over-prescription is the leading cause of investigation and actions against physicians. So there we are, we’re stuck, we can’t over-prescribe, we can’t under-prescribe.

“(But) we can do some things that can make it easier for ourselves. We can look for this problem, we can educate ourselves about this type of problem and we can start to have some tools in the office that we can use,” he suggested. When all else fails, he advised his peers to take a good look at the patient’s history: of drug use, alcohol use and family history.