A Non-Traditional New Phase of Matter

The materials with non-trivial topological order that behave as in insulator in its interior but whose surfaces possess conducting states called topological insulators which is a new state of matter .  It means the electrons can only move along the surface of the material. However, the conducting surface is not a novel part of topological insulators because the ordinary band insulators also support conducting states. The special character of topological insulators is that these surface states are protected by time-reversal symmetry . They are also called quantum spin Hall systems, because they are the “gapped” analogues of spin Hall systems, just as the quantum Hall effect is to the Hall effect. They were first proposed in 2005, and there have been a number of fascinating theoretical proposals as well as experimental observations on their unique features. 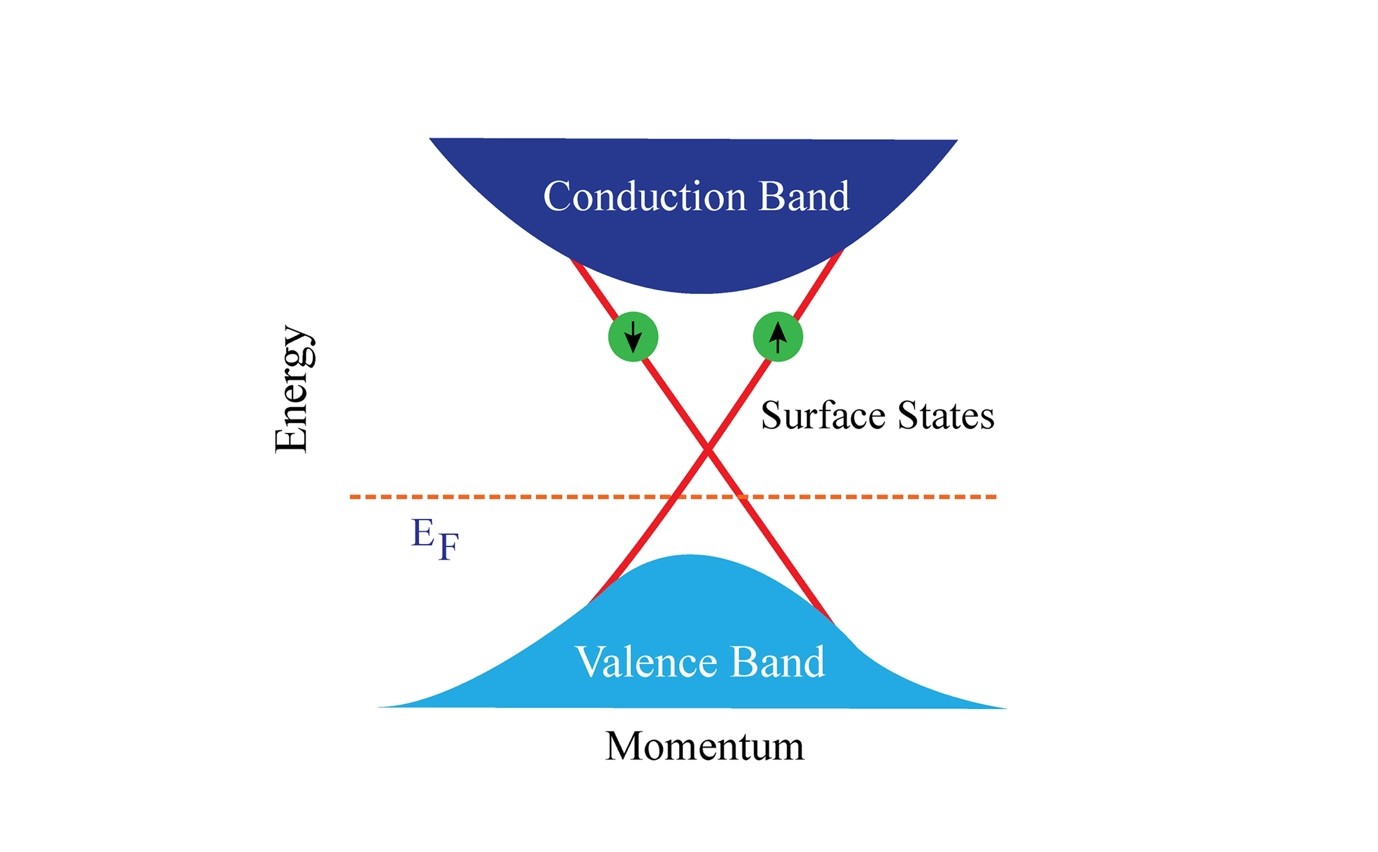 The appearance of the unconventional metal when the topology changes at a surface is the key experimental indication that an insulator is indeed topological. In order to explain the characteristics of the insulator, here is short historical review which led to the theoretical predictions that topological insulators exist. An ordinary version of this metal appears at the edge of a quantum Hall droplet, the first reported example of two-dimension (2D) topological order. Quantum Hall edges are ideal quantum wires wrapping around the insulating droplet, and they result from the topological features of the electronic wave functions when the constituent electrons are bound to two-dimensions and subject to a strong magnetic field perpendicular to the plane to which the electrons are confined. Study on topological insulators emerge out of the idea that the quantum Hall effect that originates in such a 2D system in the presence of a magnetic field could generate even for electrons moving on a lattice in the lack of a macroscopic magnetic field . Besides of being driven by such a magnetic field, it was anticipated in the late 1980s that the electrons could, in principle, form a quantum Hall state driven by the forces that achieve from their motion through the crystal lattice .