4 reasons why your next vacation destination should be Canada

Honestly, not many people think about Canada when they’re planning their next vacation. It has the reputation for being remote, boring, and worst of all, cold. But what if I told you that none of that is actually accurate? Yes, the country does experience occasional winter-strikes throughout the year, but if the cold really scares you, visit the region during the cool summer months when it is inarguably the most beautiful place on the planet!

The Lonely Planet named the country best travel destination for 2017, all thanks to the weak Canadian dollar and a great tourism infrastructure. So, whether you are in search for a new home post December 25th or just want a calm, outdoorsy getaway, you should immediately fly to Canada to enjoy some delicious poutine and swoon over the handsome Justin Trudeau.

Alex Howard, Lonely Planet’s Canada destination editor says, ‘Canada is always popular with us. But there are many things going on in 2017 that made it number one.’ He added how this is the country’s biggest birthday party in recent memory, and they won’t back down from celebrating it wholeheartedly.

In addition to the reasons mentioned above, here are a few more to convince you why Canada should be at the top of your vacation bucket list.

Being the second largest country in the world, Canada has the rainforests, northern lights, great lakes, prairies, mountains and basically everything you fancy!

If you’re planning a visit to the region soon, invest some time in researching the distances between local districts and methods of transportation to and from sites you wish to see the most. You can’t really visit the Rocky Mountains and the Niagara Falls in a day, but you can definitely make the most of your trip by picking one place and seeing it through and through.

Plan to stay longer if you want to visit more than one locality, choosing the most scenic routes for road trips to avoid getting stuck in urban and suburban traffic. For instance, while driving outside Toronto, try to create in more travel time by booking a train or plane instead.

Moreover, you should calculate distances and the time it will take you to fly or drive between cities – browse the scale on maps carefully. Since the time of the year you are visiting in greatly affects road conditions, driving through the iconic Rocky Mountains is usually safest during Canadian summers.

For a typical Canadian experience, try canoeing on Emerald Lake in Yoho National Park, British Columbia. The clear turquoise water, near the mountains, deposits even more powdered limestones, giving a spectacular colour to the surroundings.

Even though Canada is the second largest country in the world in terms of area, it isn’t very densely populated – with a population with just over 35 million. This means that there are vast stretches of unseen, untouched nature from the thousands of lakes in the East to the rocky mountains in the West. You can sometimes drive miles without seeing any signs of human civilization besides the road. Better stock up on that gas before heading out into the vastness!

To say that Canada is passionate about outdoor recreation is only an understatement. The undiscovered wilderness and picturesque backcountry explain why skiers, hikers and boarders absolutely love it here! As for the animal lovers, keen to meet the country’s furry friends, if you haven’t seen a moose or a bear in their real, wild habitat, you are missing out big on an unforgettable experience. Couple that with a spawning salmon fighting upstream, a porcupine hiding in the bush, or a deer mother with her fawn, and you will know why Canada is so serious about preserving their conciliating natural abodes.

There are numerous animal sightseeing tours to choose from, however, you just might have a better chance of seeing wildlife on your own, in a quieter setting. For a more spectacular, equally intimate wildlife tour, do as the locals do: take a quiet hike, and keep your eyes open when driving on the main Canadian highways.

Just remember to never stop in the middle of the backroads or highway to see animals in their natural habitat. Instead, pull over safely to the side, and enjoy animals from the safety of your vehicle.

About one third of the Canadian population speaks French as their first language. Living in the province of Quebec, many French Canadians are extremely proud of their cultural heritage that is unique from the rest of Canada.

Historically, this particular side of the country has been the cause for a lot of conflict between the Anglophone and francophone Canadians with Quebec’s separatists trying to secede from Canada on many occasions. These movements have, however, quieted down, providing for interesting political dialogues in Canada.

Also, whenever people visit Montreal during the winter months, they can’t help but think that the province has a certain European flair as the locals seem to dress just a little more sharply and a have massive liking for exquisite food.

Canadians love their many food choices, since there as many cuisines and foods in Canada as there are cultures. In hot travel food cities like Toronto, Montreal and Vancouver, many travellers come here just to check out new eateries.

You can either try the locally sourced ingredients in the new-farm-to-table restaurants or sample some simple comfort food close to the Canadian heart; could be a buffalo or reindeer presented in a variety of rustic dishes.

In case you’re a vegetarian, don’t sweat it. The gluten-abstainers can easily find options in most major cities to suit their picky taste buds. Different urban centres are known for different cuisines – Quebec for its smoked meat, maple syrup and sugar shack lore, while Atlantic Canada for its lobsters. In a nutshell, every Canadian region has its own food varieties, ready to tantalize your taste buds! 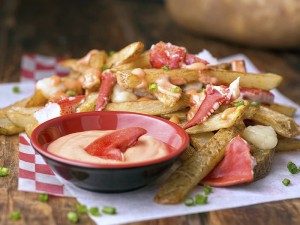 Canada also produces some truly exquisite wines. Few of the best known regions that are worth visiting for wine lovers are the Okanagan Valley in British Columbia and the Niagara Peninsula, south of Ontario. However, if you think you don’t have enough time on your hands, be sure to seek out the best drinks whenever you eat out on the trip. Be on a look-out for petit verdots from British Columbia, and malbecs, Vidals from Ontario, especially.

Admittedly, the gigantic Canadian land comes with a lot of nature and a hidden treasure of gems in the form of some scenic bridges, parks, hikes and epic waterfalls that are unspoiled and best of all – not crowded. If you have ever been to the Grand Canyon, you’d know why crowds are annoying.

The country is definitely underrated as a vacation destination, but make sure you befriend the locals and have them show you their native places. This way, you won’t only get to experience uncrowded views but also avail great deals that you will always remember!

About Author:  Erica Silva is a blogger by choice.  She loves to discover the world around her. She likes to share her discoveries, experiences and express herself through her blogs. Find her on Twitter:@ericadsilva1