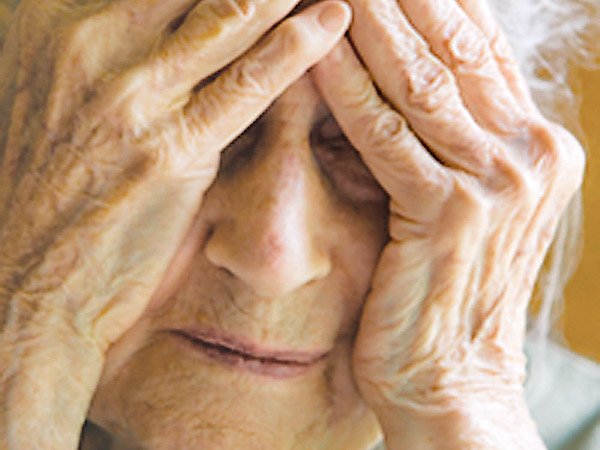 There are currently 38 million patients worldwide suffering from Alzheimer’s disease and every four seconds a new person is diagnosed with Alzheimer’s, Turkey’s Alzheimer’s Association stated during a press conference held to mark World Alzheimer’s Day on Friday.

World Alzheimer’s Day, which is celebrated on Sept. 21 each year, is a day on which Alzheimer’s associations around the world concentrate their efforts on raising awareness about Alzheimer’s disease and dementia.

The press conference titled ” Alzheimer’s Disease: Mistakes, Facts and Superstitions” was held by Turkey’s Alzheimer’s Association. Pointing to the high prevalence of Alzheimer’s disease in both Turkey and the world, Professor Murat Emre, the president of the Alzheimer’s Association, said that there is currently one new case of Alzheimer’s every four seconds worldwide and we will potentially see 115 million people worldwide with  Alzheimer’s 40 years from now due to an ageing population. He also added that there are currently an estimated 38 million people suffering from the illness, while this number stands at 400,000 for Turkey according to a 2012 report by the World Health Organization (WHO).

Noting that early diagnosis of the disease is now possible thanks to medical improvements that have taken place in the past 30 years, Emre further stated there are some misconceptions about the disease in Turkey and that some unscientific treatments have emerged to prevent the occurrence of the Alzheimer’s, but the positive effects of these treatments such consuming carrot juice, coconut oil or curry are not scientifically proven and for now can be regarded as popular myths.

Professor I??n Baral Kulaks?zo?lu, who also spoke during the conference, said is it is not possible to prevent the disease completely, but its progression can be slowed down by some precautions such as regular daily activity, a healthy diet and having an active social life. She also said that the elderly should not be isolated from daily activities or social life: Engaging in these can decrease their risk of developing Alzheimer’s disease to some degree.

Alzheimer’s and dementia patients often isolated due to stigma

Alzheimer’s Disease International (ADI) released a survey report on Alzheimer’s on Friday to mark World Alzheimer’s Day.  The survey was conducted with 2,500 patients from 54 countries and their caregivers. The report, titled “World Alzheimer Report 2012,” reveals that nearly one in four people with dementia, corresponding to 24 percent, plus 11 percent of their caregivers hide or conceal the diagnosis of the diseases, citing stigma as the main reason for doing so.

The report provides 10 recommendations to enable governments and societies to overcome stigma, including greater public education, with nearly half of the survey respondents indicating education and awareness as huge priorities. Another key point is to encourage people with Alzheimer’s to share their experiences and to ensure that they are included in everyday activities.