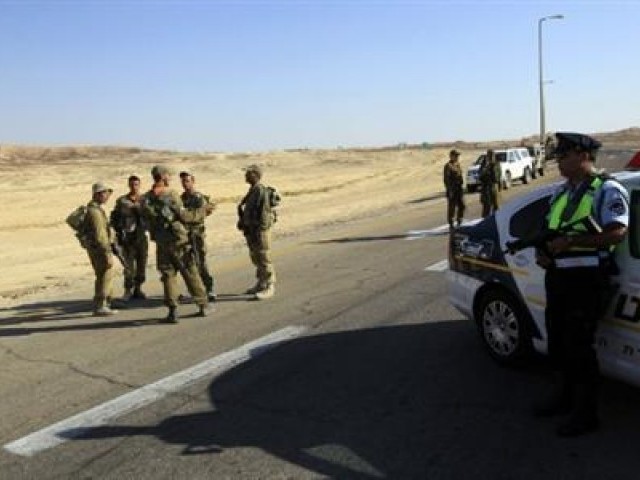 Attacks by unknown assailants on Egyptian border guard in the turmoil-hit Sinai left at least 16 dead and seven injured on Sunday, with Egyptian and Palestinian authorities responding fast to the incident.

According to media reports on Sunday evening, the attack involved a military vehicle, reportedly hijacked earlier, which exploded around 7pm. Others were injured after the attackers opened fire on them.

Investigations by authorities into the attack have been immediately opened as no group has claimed responsibility yet.

However, the Egyptian state TV claimed that elements of Islamic extremist groups situated in the Sinai peninsula had carried out the attack by iftar (the hour when people have their meal that breaks the fast during Ramadan), but provided no details.

An anonymous Egyptian security official was quoted by Egypt’s state-run news agency, MENA, as saying that Islamist elements who infiltrated Egypt from the Gaza Strip through tunnels are behind the attacks, along with other Islamists situated in the areas of El-Halal Mountain and El-Mahdia in eastern Sinai.

For their side, however, Gaza strip rulers Hamas stressed it has not been involved in the attacks, saying it would never infiltrate Egypt’s borders nor use its weapons against its army in the wake of a deadly attack that left 15 Egyptian soldiers dead on Sunday.

“Hamas has nothing to do with the border tensions. On the contrary, it cares about the Egyptian national security and would never use weapons against the Egyptian army,” the faction’s senior leader Mahmoud Al-Zahar told Ahram Online.

Infuriated at the incident, hundreds of Rafah residents (on the Egyptian side of the Egypt-Gaza border) gathered at the Sadat Square and blocked the road, preventing trucks heading to the port of Rafah and tunnels leading to the Gaza Strip.

Some of the protesters told Al-Ahram’s Arabic news portal that they refuse seeing the Egyptian army insulted, and that they would sacrifice their blood “to defend the Egyptian soldiers.”

The site also reported that hundreds more headed to the Arish hospital, where the injured soldiers were admitted, to donate blood.

Back in Cairo, according to Egypt’s health ministry, at least 15 Egyptian soldiers were killed and seven injured in the explosion that went off at a military zone on Sunday, near the city of Rafah, according to Al-Ahram Arabic-language news portal.

Later on, Egyptian state TV reported the death toll has risen to 16.

Ahmed El-Ansari, vice-president of the health ministry-affiliated Egyptian Ambulance Organisation, said that those injured in Sunday’s attacks near Egypt’s border with the Gaza Strip had been rushed to a hospital in the nearby city of Al-Arish.

According to state news agency MENA, El-Ansari also said that the injured had suffered bullets wounds to the head, chest and arms.

Egyptian President Mohamed Morsi has held an emergency meeting with the Supreme Council of the Armed Forces (SCAF), the chief of intelligence, and the interior minister to discuss the deadly attacks.

“The martyrs’ blood will not be in vain… Orders were given to the armed forces to take strict measures to impose full control on Sinai,” Morsi told Egyptian state TV after the meeting.

“Those who did this will be punished, everyone will see how the new procedures will be like,” he added.

Egypt’s presidential office echoed the same sentiments, stated that those responsible for the attacks on Egyptian border guard in Sinai will be punished for their actions as their crime will not be tolerated.

“The security apparatuses are working in full power to reveal the identities of the culprits of the attacks executed in Rafah soon,” presidential office spokesman Yasser Ali told Egyptian state TV.

The Admin of the Official Page of the Supreme Council of the Armed Forces, the second official page of the SCAF, published a more strong-worded statement, vowing that the death of Egyptian soldiers will be avenged.

“Those are religion-less and infidels; the days have proven that only force will stop them. Anyone who has harmed our armed forces will pay the price,” read the post on the page, which was titled “We swear to God that we will avenge.”

Since Egypt’s 2011 uprising, the country has witnessed vast security vacuum, especially in Sinai where a gas pipeline – which used to carry gas through Sinai into Israel and Jordan – was blown up fifteen times since the revolt.