13 facts everyone must know about Haj rituals 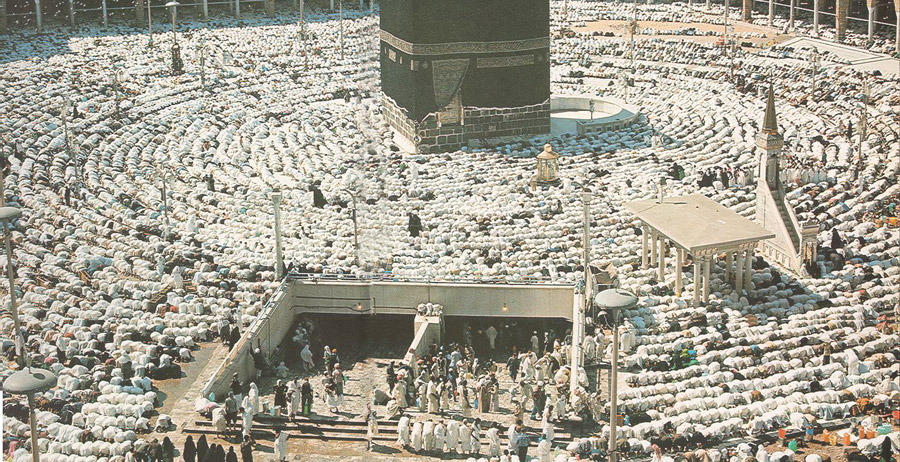 Muslims from across the world are gathering in Makkah in Saudi Arabia for the annual Haj pilgrimage to take part in the following rituals:

1. Ihram: Pilgrims wear special outfits, which for men is a two-piece white seamless garment. Women wear a loose dress, generally white, with only the face and hands exposed.

2. Once in Mecca, pilgrims perform Tawaf, or circumambulation, seven times counter-clockwise, around the Holy Kaaba.

3. Pilgrims then walk seven times between two stone spots at the mosque, emulating a search for water by Ibrahim’s wife Hagar in a ritual known as Sa’i.

4. These rituals are considered the Umra, or lesser pilgrimage, and come ahead of the Haj’s main rites when pilgrims head to Mina, around five kilometres (three miles) east of the Grand Mosque.

5. The next day, pilgrims gather on the hill known as Jabal Al Rahma and the surrounding Mount Arafat plain, 10 kilometres southeast of Mina, where they remain until evening for prayer and to read the Holy Quran.

6. After sunset, pilgrims leave for Muzdalifah, half-way between Arafat and Mina, where they stay at least until midnight. They gather pebbles to perform the symbolic “stoning of the devil”.

7. At the start of the Eid Al Adha feast, pilgrims return to Mina for the first of three daily stoning rites. Traditionally, seven pebbles are thrown at a post representing the devil, emulating the actions of Abraham.

8. Since 2004, it has been replaced by walls to accommodate the rising numbers of pilgrims.

9. After the first stoning, sheep are slaughtered and the meat is distributed to needy Muslims.

10. Men then shave their heads or trim their hair while women cut a fingertip-length of their locks. After that they can end their ihram and change back into normal clothing.

11. They then return to the Grand Mosque in Mecca, circumambulating seven times around the Kaaba, and again performing Sa’i.

12. The pilgrims then return to Mina to continue the stoning ritual for two or three more days.

13. Finally, they return to the Grand Mosque, circumambulating the Kaaba seven times….see more